His name appears in a list of recent contributors to pledge money to the crowd-funding project.

Now I know what you’re thinking: is it actually the Stephen Fry? Or is just be a similarly named Mr Fry from, say, Alabama who works night-shifts at his local Food n’ Stuff?

A quick click at the IndieGoGo profile of this partiuclar Stephen Fry shows two other IndieGoGo contributions other than the Edge – both of which were, at the time of their respective pledges, formally endorsed by the actor and reported as such in the press.

With Fry being no stranger to open-source – Ubuntu in particular – it’s all-the-more probable that this Mr Fry is, indeed, the one you’d be hoping it was.

We’ve given you the dots, it’s up to you if you want to join them.

Update: Stephen Fry has since tweeted about the campaign, describing it as an ‘exciting project’. 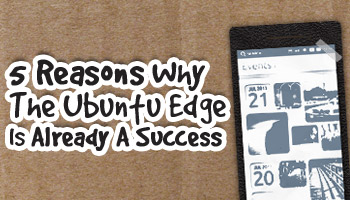 $32 Million Or Not: 5 Reasons Why Ubuntu Edge Is Already A Success
Read Next