Though the likes of gedit, vim, emacs, and even Eclipse have covered developers’ needs with open source editors and IDEs, Sublime Text – a closed source editor – has gained a massive following since its first release over five years ago.

Sublime Text couples the customisability of editors like vim and emacs with a modern UI and its conveniences. Its extensibility and cross-platformability means you can use Ubuntu on the desktop, OS X on the laptop, and Windows at work and have the same theme, plugins, and keybindings across all platforms.

Though Sublime Text isn’t free or open source, the $70 price tag isn’t unreasonable for the casual or hardcore developer looking for a user friendly, but extensible editor. Whether you’re buying or trying, Jevin at Technoreply has a guide for installing Sublime Text globally and providing a .desktop file, complete with a Unity quicklist.

Though editors are fairly simple things to use – just open and type away – mastering a tool like emacs is an uphill struggle many of us attempt but fail miserably at or simply don’t have the time to undertake.

With Sublime Text, pressing Ctrl–Shift–P  presents a HUD-like “Command Palette” with searchable entries. Forgot to use spaces instead of tabs? Start typing “indent” and Sublime offers any matching commands.

The command palette is a quick way to ramp up productivity and to start learning about some of the built-in conveniences that Sublime Text offers. But you may find language-specific commands lacking.

With Sublime Package Control you can leverage both the extensibility of Sublime Text and the wealth of community-driven packages – many of which are open source – without having to fumble with git repositories or even leave the comforts of the command palette.

Using Sublime Text? Share some of your top tips for using Sublime in Ubuntu in the comments below.

Apps How To sublimetext2 texteditor 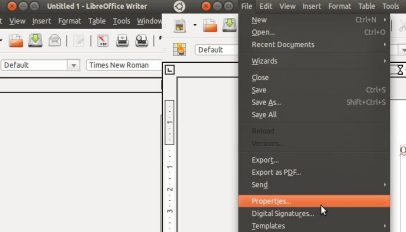