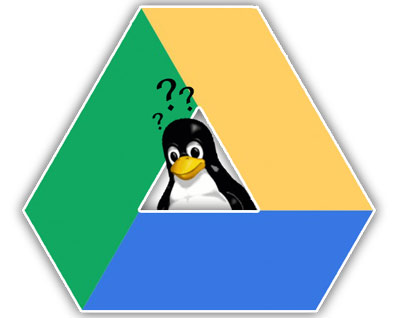 Would you be more likely to use Google Drive if there was an official native client available for Linux?

Without needing to employ USA-style surveillance I can wager that ‘yes’ would be the response from many of you.

Hoping to harness this want, a new petition has been launched with the aim of persuading Google to create one.

Wait, isn’t there supposed to be one coming anyway?

Back in April of last year, when Drive was launched, Google assuaged anger from Linux users feeling left out by assuring that a Linux client was on the roadmap.

A year on and that client has yet to materialize  in any shape or form.

Which is slightly puzzling when you realise that many Google employees use an internal OS based on Ubuntu. Surely they’d want Drive functionality, too?

Drive is supported natively on Chrome OS via the File Manager application. Standalone desktop apps for Mac and Windows, as well as mobile apps for Android and iOS, are also available.

Whilst there are handful of third-party solutions around, the most notable being InSync, many of these are in the process of transitioning to a paid model – not ideal.

If you fancy adding your voice to the call for a client, hit the link below. We’ll be sure to update you if we hear anything in the meantime.