Have you used Ubuntu Brainstorm recently? Chances are you haven’t.

Usage of the once-popular feedback service is in decline. Terminal decline, according to Ubuntu developers. So much so the question of whether to ‘sunset’ the project has now been raised.

Ubuntu Brainstorm was created as a way to help build sonance between users and developers. The brief was simple: people submit ideas of what they’d like to see in Ubuntu, users vote and comment on those ideas, then developers respond to the more popular ones.

But there has been fewer ideas, fewer votes, and even fewer answers from developers over the last few years.

It’s easy to see why: Ubuntu’s design and development teams now more open, interactive and approachable than ever before, and Launchpad, used to report bugs against Ubuntu, has also replaced much of Brainstorm’s remit.

As it is today, the best way to promote ideas, give feedback or affect change in Ubuntu is to get involved directly. While Brainstorm may have once been part of that, it’s perhaps best left to fade quietly into memory.

Would you be sad to see Ubuntu Brainstorm go? 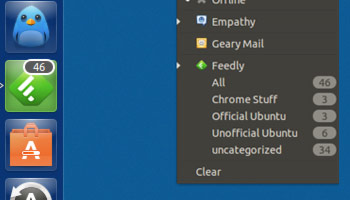