As a ‘packaged app’, Keep for Chrome doesn’t run as a tab in your browser, or as a drop-down item in the toolbar, but as a ‘near-native’ application. It can run ‘free’ of Chrome (in the sense that Chrome doesn’t need to be running to use it) and it can be used offline.

Packaged Apps will be pushed heavily by Google in the coming months, with existing “web-based apps” moved to a “websites” category in the Chrome Web Store.

Be sure to follow our sister site OMG! Chrome! if you’re interested in Chrome-related news, extensions, tip and more.

This article will show you how to add Keep to Unity’s launcher so that it a) shows an application icon and b) can be launched without Chrome itself being open.

Before we begin you need to check that you are running Google Chrome Stable or above, or a recent-ish version of Chromium (preferably not the stock version available in Ubuntu Software Centre). If not, head over to Google’s Chrome site to nab a .Deb installer for Ubuntu.

With checks out of the way it’s time for the first logical step: installing the Google Keep app in Google Chrome.

As it’s not available through general searching you will need to click the following button to find it.

Once installed locate it in Chrome’s app launcher. Right-click on its icon and, from the menu that opens, click ‘Create Shortcuts…’.

A window will appear asking you where you want to place your Application Shortcuts.

There are two ways to proceed. For the purposes of this tutorial we are not going to use the second option, create launcher in ‘Applications Menu’, because the shortcut it creates sometimes launches the browser instead of the Keep app.

So, check the ‘Desktop’ option, then hit ‘Create’.

A shortcut for the app will now be available on your desktop. You can double-click on this to open it instantly – but since you might not want to keep it on your desktop I suggest moving it to a dedicated ‘web apps’ folder. 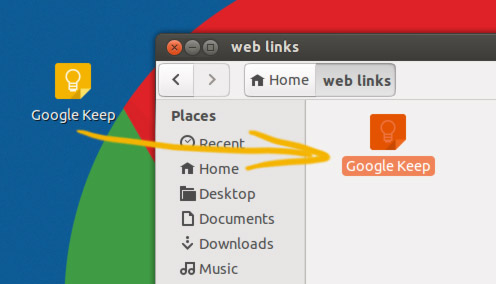 After moving the shortcut to a ‘safe’ folder all that’s left is to drag and drop it on to the Unity launcher to add it. 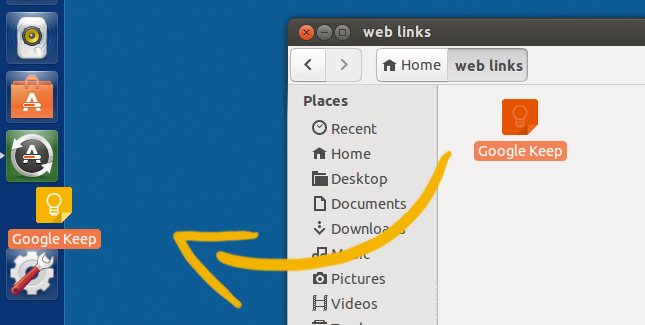 All that’s left to do is click on the launcher item to open Keep. Sign in with your Google Account if prompted – this will make sure your notes are accessible from anywhere else you use Keep (be it on the web, or the Android or iOS apps). 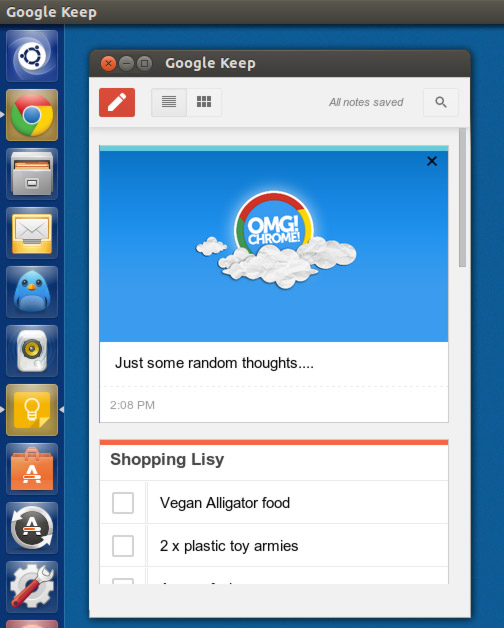 As a packaged app Keep is able to work offline.

How To
#chrome #keep #notetaking

Lumumba B. Apple deprecated openGL and a complete rewrite of the graphics…
Rocket League is Dropping Support for Linux

Derek Broughton I love it. I've been a Microsoft hater, but after…
Passive Aggressive Baking