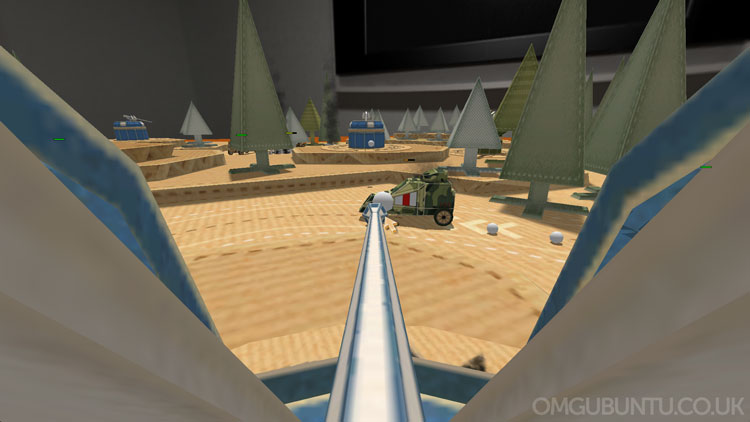 Take a typical tower defence format, throw in some home-made visuals, and add a bevvy of BB pellets. What do you get? You get a stonker of a game, that’s what!

Meet War in a Box: Paper Tanks by DQ Team – or as it’s more commonly known to me: ‘That game I spend too much time playing.’….

Each of the 24 levels in Paper Tanks has a start point and a end point. Between these an army of assorted ground and air vehicles will travel, vying to reach their goal.

Your mission is to strategically position gun turrets around the track to pummel the pesky invaders with plastic pellets in-order to prevent them from reaching their end-point.

To aid in your offensive you start each level with a small number of coins to spend on weapon turrets. These weapons vary in price and power, and need to be both chosen and positioned wisely.

Choosing the right weapons at the start can make or break a game.

From tanks to bi-planes, and armoured cars to Zeppelins – as the levels proceed the enemies you encounter become ever more varied and ever more resilient.

The good news is that the types of turrets available to you becomes more varied as the game progresses, too, with:

Each turret can be ‘upgraded’ a number of times during the game by using coins earned from ‘kills’. As the game progressed the decisions in choosing which armaments to buy, where to place them, and when to upgrade them becomes ever-more crucial.

Cranking up the tension is a set limit for the number of vehicles that can slip through; any more than 10 that successfully out-manoeuvres your turrets then you’ll fail the mission.

Although Paper Tanks doesn’t deviate from this rather formulaic ‘start point, end point’ formula, there is enough variety in the vehicles, the routes they take, the tracks they traverse, and the armaments on offer to attack them to ensure that game-play never feels predicable.

The paper-craft aesthetic never tires. In fact, even when having to replay a level for the umpteenth time I was always finding something new in the design to chuckle over.

War In a Box: Paper Tanks is available to buy from various online outlets, including Desura.

It’s also available to buy direct from the Ubuntu Software Center, priced at $3.99

War in a Box: Paper Tanks on the Ubuntu Software Center 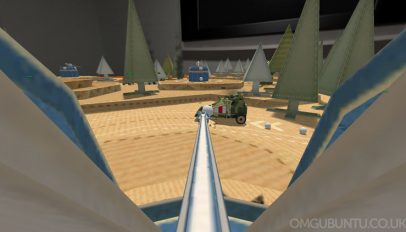 The paper aesthetic may give this game a charm, but the gameplay is what holds it up.