Later today a developer preview of Ubuntu Touch will be made available to download and install on a handful of Nexus devices.

Both the Phone interface and the newly unveiled Tablet interfaces will be distributed; the type of device you’re installing on deciding which Ubuntu Touch format you get.

With anticipation for the touch-centric interfaces unquenchable, many of folks will be planning to sacrifice a stable Android install for a chance to toy around with the newest Phablet phenomenon.

But is that a wise thing to do?

Tomorrow’s preview releases will be a show home for the Ubuntu touch experience.

When property developers are trying to sell houses on a plot of land prior to building them they create a ‘show home’.

A show home is a real house that’s finished and furnished to a high standard – but only at face value. So while the bathroom may look great it’s probably not plumbed in, and those big spacious-feeling rooms won’t feel quite so spacious once they’re full of ‘real life’ clutter.

The aim of a show-home is to give buyers an impression; a vision; something that’s easier to imagine living in than that offered by a styrofoam model and set of blueprints. It is an example.

Tomorrow’s preview releases will be a show home for the Ubuntu touch experience.

Although what will be available is working code it shouldn’t be taken as being finished code. Start scratching the surface you’ll find the code equivalent of waxed fruit…

I Don’t Know These People!

Writing this at 10 PM GMT on February 20th, the day before the preview releases have even been built, I can’t definitively say what will or won’t be featured.

But I do know that current builds of the Touch Preview make heavy use of ‘dummy data’. The home-screen, lens and scopes are chock full of people, things and items that aren’t actually there.

Should this data be removed from the Nexus images then expect your initial Ubuntu Phablet experience to seem less rounded than that from the videos.

Similarly, though the slick video demos and screenshots show off a launcher and app tray stuffed full of a variety of apps most of these are actually just prettified links to websites – something that might be disappointing to realise should you not know in advance!

Of the applications that are there be prepared to encounter bugs, quirks, and the odd performance issue (e.g. pinch to zoom in the web-browser is horrendous).

So now I’ve lowered your expectations – and if I haven’t then proceed directly to the start of this post – let’s focus on the positives.

Aside from looking swish, and running pretty damn well, the intrinsic framework of Ubuntu Touch – the gestures – are in place and working. Vital stuff and it’s there from day dot.

So too are other core input methods like typing, speech recognition, selecting text, etc.

The demo apps available – gallery, calculator, messages, etc – are first class and will serve as interactive inspiration for app developers and designers alike, whilst giving curious users a hint at the sort of app experiences they can expect in the future.

And the unique interface features like ‘sidestage’, indicators, and task-switching are all present for developers to get to grips with.

The long story made short is that while tomorrow brings a release of Ubuntu Touch to the public it’s a very early, work-in-progress release that is not aimed at the general user.

To borrow from the show-home analogy one last time: feel free to step inside and take a look around, but you won’t want to make it your home for a while yet… 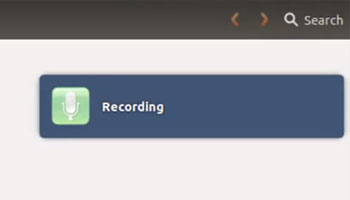