Accessing daily builds of Google’s Chrome browser in Ubuntu is a bit of a fuss compared to that on Windows and Mac.

Users of those platforms can install the Chrome Canary builds – a sort of pseudo-daily build that offers the latest bleeding edge features, but running insulated from any other version of Chrome installed.

While you could install a Beta or Dev build in Linux, that would replace your existing Chrome installation and bothering to extract the files from the .deb file is simply too much effort.

But now, however, I’ve found a directory of daily Chromium for Linux builds that offers bleeding edge goodness. And all from reporting a bug on Google Code…

Its important to note that these builds are not full Chrome builds: they’re merely Chromium, an open source project on which Chrome is based which misses out some proprietary stuff like Flash. However, in most cases it’ll do just fine.

The .zip, fresh from Google’s servers, can be simply extracted to reveal an already-build version of Chromium.

This is the absolute bleeding edge of Chromium development, and is quite prone to crashes and data loss, so for this reason we’re also going to isolate it’s configuration files in a different directory.

This guide is not recommended for beginners or those working on production machines.

To start off, download the daily build from http://download-chromium.appspot.com/. This will automatically select the latest available version of Chromium from Google’s servers. Once you’ve got the archive, extract chrome-linux to a folder of your liking.

Next, open a terminal in this directory. Since you definitely want to isolate the config of the Canary version from the stable version, but probably keep it the same for all the Canary versions, we’re going to use a different user data directory than the default one. On the first run of this command Chromium will create a fresh profile, but on subsequent runs it’s just going to use what’s already in that directory.

This creates a chromium-canary folder in the hidden .config folder in your home directory.

That’s about it. You have to update Chromium manually every now and then, but no matter where you place the updated version the config will still be there.

Home » Dev » [How To] Install Daily builds of Chrome in Ubuntu 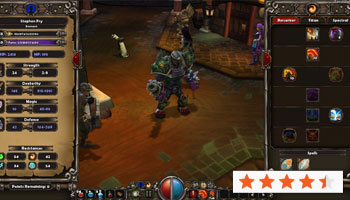