Google’s online music service ‘Google Play Music‘ has officially launched in select European countries, having been restricted to America for the last year or so.

If you’re in the UK, France, Germany, Italy or Spain you can now buy legal music downloads from the some of the worlds biggest record labels straight from Google.

But there’s an extra feature on offer that makes Google’s music offering stand out from competitors like iTunes and 7Digital: cloud storage.

Up-to 20,000 tracks can be uploaded from your hard-drive and into the cloud. These can then be ‘streamed’ back on any device with an internet connection, using a browser or a dedicated app.

The official Google Music Android app even lets you keep tracks, albums or artists of your choosing for playback offline.

Signing Up for Google Play Music

Assuming you have a Google account signing up for Google Music is as easy as going to play.google.com/store/music and hitting the ‘Get Started‘ button.

At this point Google may ask you to ‘verify your country of residence’. To do this you’ll need to add a credit or credit card to Google Wallet.

Yes, the worlds largest internet company seem to think they can’t identify where you live without it…

Assuming you complete the set-up the next step is to download Google’s Music Manager application. This tool lets you set-up which music folders you want uploaded.

Unlike some other Google products this one is even available for Linux users.

To install Google’s Music Manager just double-click on the .deb file you downloaded and follow the prompts. Once done, open the Dash, search for Music Manager, and open it to get started. 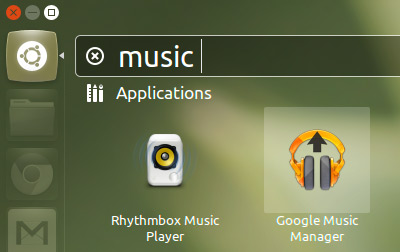 The app has a number of small but useful preferences, including: 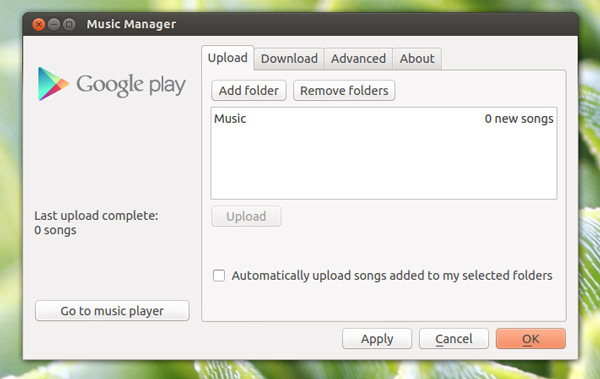 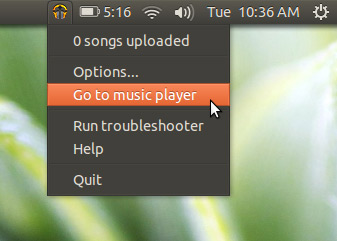 A few things to note:

With your music collection safely transmuted into the cloud the next step knowing how to play them back.

No matter what OS you’re in you can always access your music by pointing a web-browser @ play.google.com/music.

But in Ubuntu there is another option: a desktop music app called ‘Nuvola’. 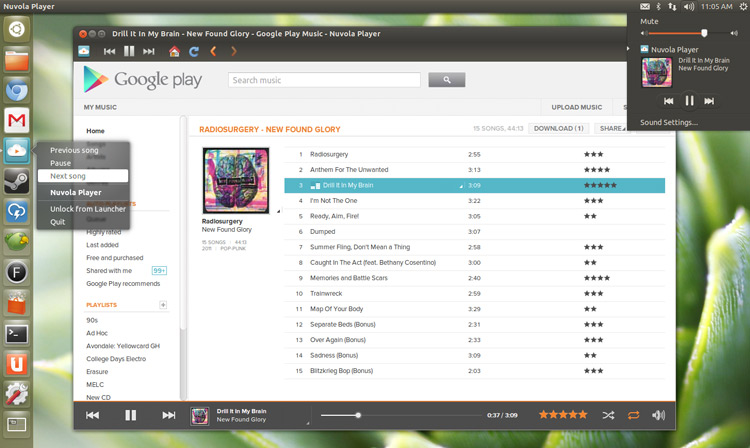 As Nuvola isn’t available from the Ubuntu Software Center you will need to add a PPA – a ‘personal package archive’ – to your system before you can install it.

The quickest way to do this is using the Terminal, using the following commands:

After installation has completed launch ‘Nuvola‘ from the Dash, and select ‘Google Play Music’ from the app’s selection screen.

Home » How To » Getting Started with Google Play Music on Ubuntu