Are Ubuntu’s icons for the Software Center, Update Manager and Software Sources inconsistent and confusing for new users?

Some users think so, including Sam Hewitt who has posted a set of proposed replacement icons to the Unity Design Mailing List.

“What does this box with an arrow have to do with updates?”

The current icons are, he says, ‘problematic in their iconography and branding’, with two of the three in question using a box/package metaphor that could confuse new users.

He cites a bug report filed against Ubuntu’s Update Manager, in which a user who conveys concern over the ‘legitimacy’ of Update Manager due to a lack of branding or documentation reference, as evidence of this.

Sam’s solution suggests unifying the design of the icons.

“By making [the icons] similar, they become related -rather: the other two become more related to the Ubuntu Software Center- and since the USC is a trusted application for users (or we want it to be), by association, the users ought trust the Update Manager and Software Sources,” he argues.

And it is hard to find fault with this. The current icons do indeed look disparate in their stylings, which is confusing.

The “package” metaphor is also old and (largely) irrelevant. Ubuntu isn’t a hobby OS these days, it has millions of users worldwide. And many of these users aren’t looking to manage packages, they’re looking to install and remove applications.

The iconography needs to convey that.

With Canonical’s design team about to begin work on a new icon set for Ubuntu we do know that these icons will change. To what? That we don’t know, but you can bet your System76 All-in-one that a whole raft of designs will be subjected to user testing before one is chosen.

To read more on Sam’s reasoning you can hit this button:

Or if you just want to grab the icons and run you can hit this button: 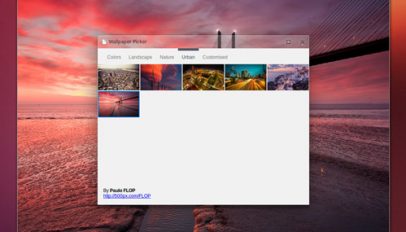