WINE and/or Windows XP users wanting to add some Ubuntu style to their desktops have long been able to do so by using a custom-made ‘Ubuntu Theme for Windows’.

That theme has been updated to resemble Ambiance (and Radiance) as found in Ubuntu 12.10, having previously been modelled on Ubuntu 10.10.

The new version doesn’t only look different – it isn’t different. Many of the ‘issues’ that the original theme maker, ~Freddi67,  encountered (such as hardcoded colours and fonts) have been resolved by the updater, ~aerilius. 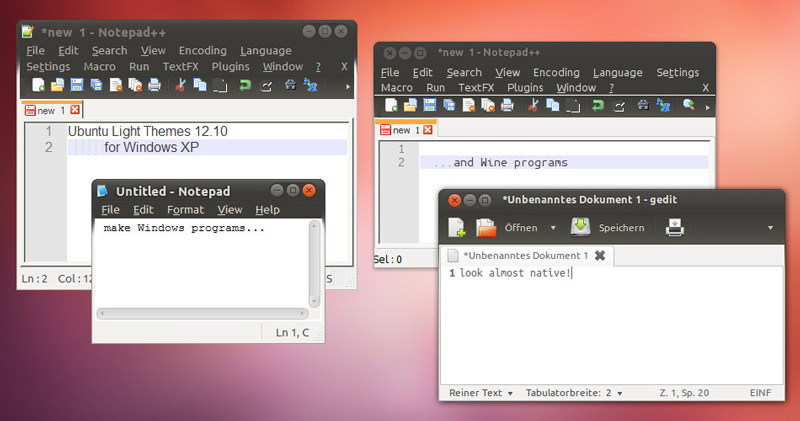 It also introduces the “Radiance” version of Ubuntu’s theme. 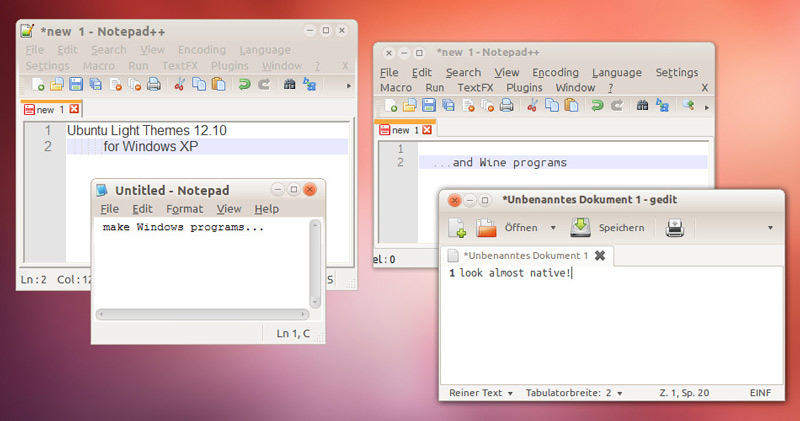 You’ll find the download link behind the button below. For information on installing custom themes in Windows XP you’ll need to do some Googling.

Thanks to Freddi S.