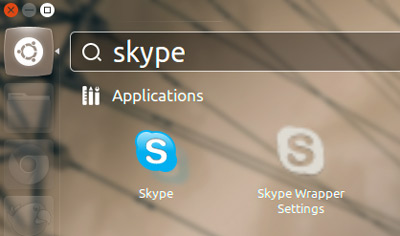 The best (and easiest) way to integrate the popular chat app Skype with Ubuntu is to use Skype-Wrapper.

A small third-party tool, Skype-wrapper brings a bunch of Ubuntu-specific features to Skype, including Messaging Menu integration and native notifications for message alerts, and Unity quicklists for quick access to call controls.

The latest release, the first in around 4 months, adds the following new features:

These join a growing list of functionality provided by the app, including: 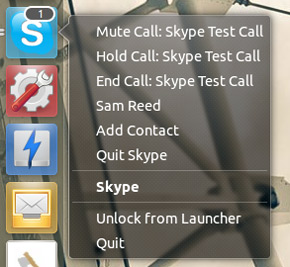 Skype-wrapper is not yet available to install from the Ubuntu Software Center (though that is being worked on).

In the mean time you’ll need to grab it from the skype-wrapper PPA by running the following two commands in a Terminal window:

After installing you will need to log out and back in. When you next launch Skype a small window will pop-up asking for authorisation. Check the box next to ‘Remember this selection’ and click ‘Yes’. Skype will now be integrated with Ubuntu.

If you encounter any bugs you should file them here.

Use Evernote In Ubuntu With Everpad
Read Next