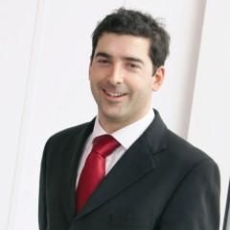 The news was reported earlier this morning by marketingmagazine.co.uk.

Bernard, who ranks as one the top 10 marketers in the UK, will spearhead the browser giants’ launch of Firefox OS, which is expected to arrive on devices from Chinese phone giant ZTE early next year.

Firefox OS won’t be Bernard’s first taste of the mobile sector. Prior to joining Canonical he held the position of marketing director for LG Mobile in the UK (where he help make LG’s ‘Chocolate’ phone a commercial and critical success), before moving on to Sony Ericsson.

‘It’s Been a Pleasure’

During his three years at Canonical Bernard oversaw an awful lot of change and innovation, as he told me earlier today:

“It has truly been a pleasure over the last three years launching Ubuntu into over 2,000+ stores globally, launching Ubuntu for Android and Ubuntu TV this year at MWC and CES and obviously creating videos and other marketing content, much of which [OMG! Ubuntu! has] used to increase awareness and adoption of Ubuntu!”

Although I’m sad to see such a tour-de-force leave the ranks of Canonical I am, at the same time, incredibly excited to see what he’ll do at Mozilla. Firefox OS has such potential. It wants to bring smartphone and mobile computing to areas of the world where other mobile OSes are either lacking or too expensive.

With Bernard at the helm I can’t see it being anything short of a success.