The Ubuntu Wallpaper Contest for 12.10 is open for submissions – but if you thinking of taking part there are some small changes to be aware of.

In a break with previous years you can no longer submit as many of photos as you want for consideration. Only one wallpaper may be submitted by each user.

Further more there will only 10 images selected as winners and included on the Ubuntu 12.10 CD.

This figure is far lower than previous years, in which anywhere up to 17 new wallpapers would debut in a release of Ubuntu.

The reason for these new limitations? ‘Quality not quantity‘ according to contest organiser Iain Farrell.

And this renewed focus extends to other parts of the contest too. To help aid the judging team find what it is they want, a vague artistic brief has been given, replacing the technical one used in the past.

“This cycle we’re …setting out a clearer vision for what we think will make a great set,” says Iain Farrell

And this ‘clearer vision’ comprises:

‘Not Long To Enter’

As has been the case for several releases the panel tasked with sifting through the entries will be made up of the ‘winners’ of Ubuntu 12.04 cycle.

But you’ll need to be quick if you want to enter: the deadline is 5pm August 28th.

Submissions should be sent to the Ubuntu Wallpaper pool over on Flickr.

After this deadline the judging panel will behind the process of sifting through and selecting prospective images for inclusion.

Thanks to Iain Farrell 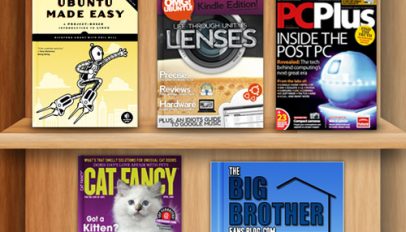 Does Ubuntu Need A Separate ‘eBook & Magazine’ Store?
Read Next