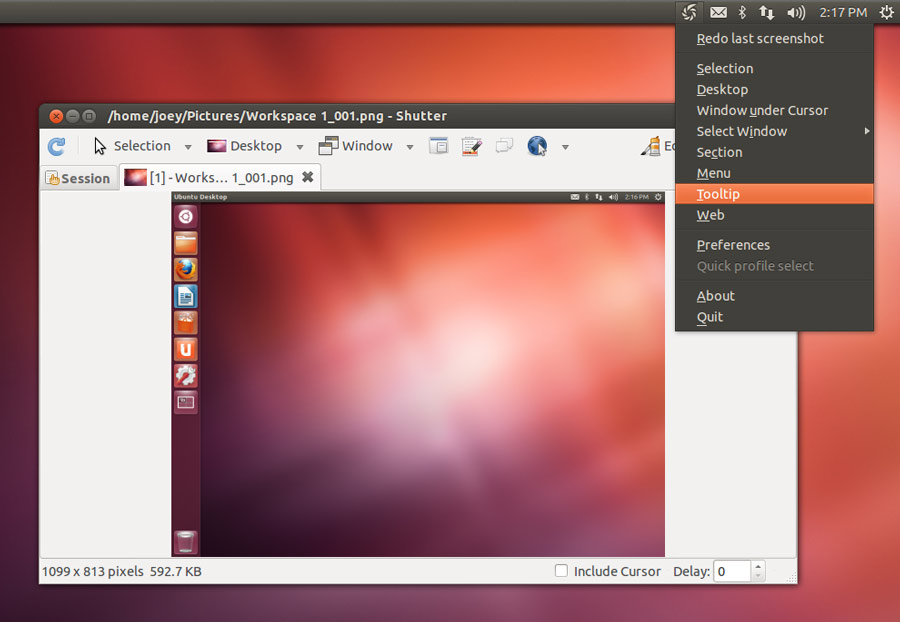 Screenshot-taking tool Shutter has added support for Ubuntu’s Application Indicators in its most recent update.

Doesn’t sound like a big deal? Well, it sort of is in a usability way.

Following the removal of the old-style GNOME 2 tray area, Shutter wasn’t able to appear in the Ubuntu panel without the user explicitly white-listing it through a scary-looking pro-user tool.

So for the last few releases of Ubuntu, users have had had to control the app using its right-click Unity Quicklist menu.

This was not, as still isn’t, a bad solution. It’s actually really nifty (providing you don’t mind having it pinned to your launcher). But quicklists are designed to be ‘quick’ and as such many of the ‘one-click’ actions Shutter is famed for weren’t listed.

So I am pleased to see support for tray-based controlling of Shutter – and access to all of its features – back in Ubuntu back.

Pleased in particular because I asked the Shutter developers whether they would add Indicator Applet support back in 2010. Their response at the time was that it was ‘too much effort for too little gain’.

To get the indicator-toting version of Shutter you will need to add and upgrade/install from the official stable Shutter PPA:

A few things to note: