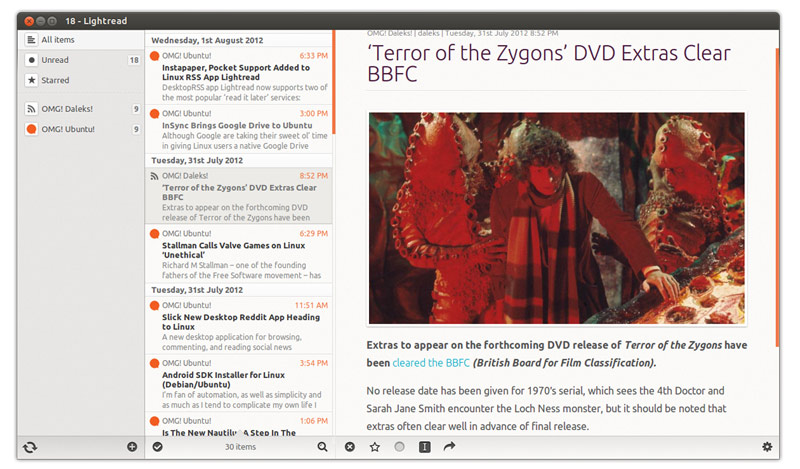 Both services, which claim to have some 5.5 million users between them, boast Kindle, Android, iOS and web apps that give its users on-the-go access to their stashed stories.

Pocket and Instapaper Sending in Lightread

Two new icons have been added to bottom toolbar under the article pane.

Clicking the second of these – the arrow icon – allows you to quickly ‘send’ an article to either service Pocket or Instapaper.

If you’re not already logged in to the service you selected you will be prompted to do so. You will only need to login once. 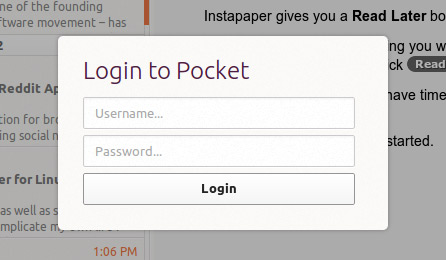 You may, like me, find yourself wondering if the article is actually sent. Lightread gives no feedback, notification or confirmation after sending so you just have to ‘trust’ that it’s worked.

As well as supporting the sending of articles to Instapaper Lightread also integrates the services’ famous one-click ‘reformatting’ feature.

When toggled on, this feature reformats the article being read to a standardised ‘readable’ layout, with options to customise the font size, font style, background colour, and spacing. 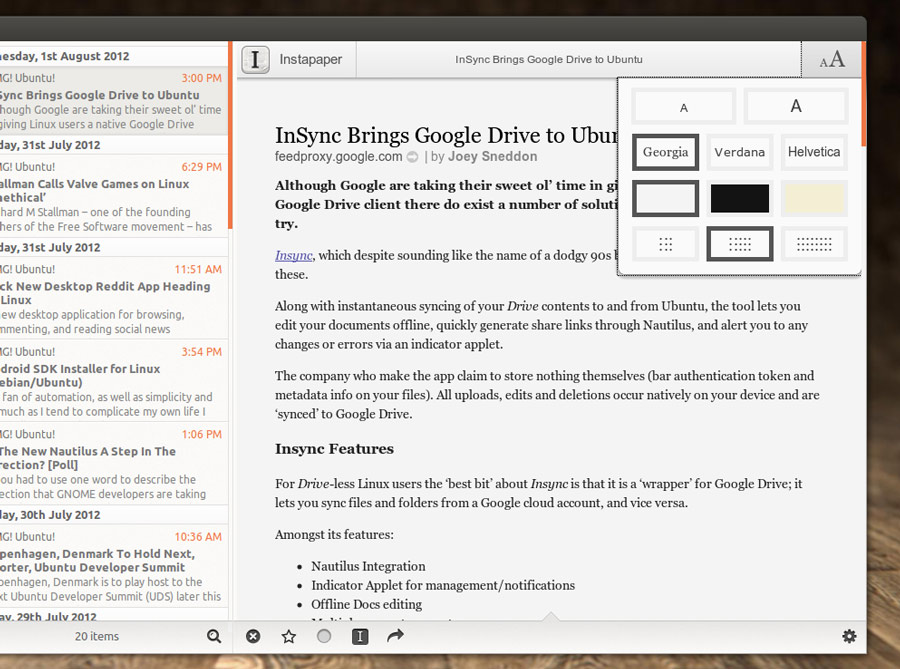 Hitting the ‘I‘ icon in the toolbar will toggle it on and off.

How to Install Lightread in Ubuntu 12.04

As Lightread was created for the Ubuntu App Showdown it will – at some point in the very near future – be added to the Ubuntu Software Centre for fuss-free installing.

But until then if you want to use it you’ll need to add and install the app from its official PPA.