Coverbox, a fork of the similar but rarely updated app Covergloobus, lets you do just that.

Coverbox’s aim is simple. It displays the album art, track information and star ratings for any track playing in a supported media player (such as Rhythmbox). It also adds player controls for playback management. 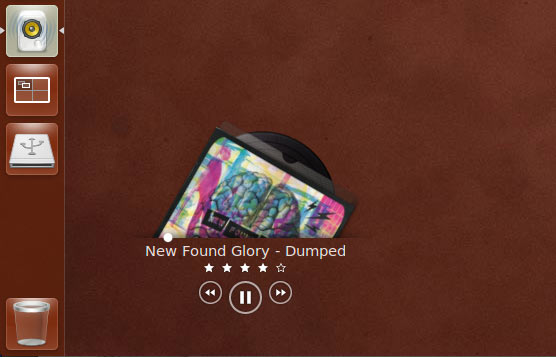 The widget can be ‘stuck’ to the desktop so that it is not accidentally moved; or displayed ‘on top’ of windows if you prefer having access to it at all times.

Song lyrics can also be viewed. Just right-click on the controller and choose ‘Show Lyrics’. 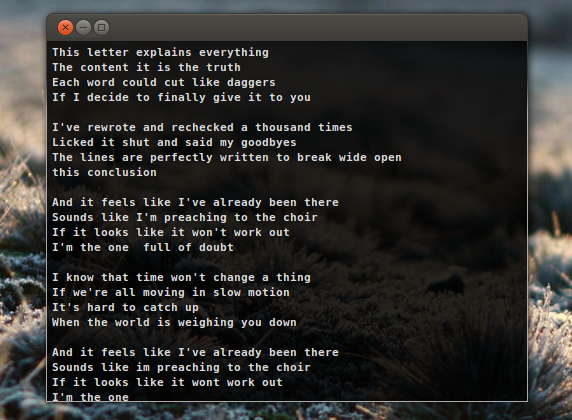 Although Coverbox theoretically supports Covergloobus themes (there’s a whole section of DeviantArt dedicated to them) the handful or so that I installed resulted in Coverbox crashing or refusing to open – so do be careful.

The developer of CoverBox claims that his fork uses ‘about 40% less resources’ than the older versions of Covergloobus – which, for users of Lubuntu or Xubuntu in particular, is not to be sniffed at.

13 players are currently supported by the app, including:

Is there a need?

I can happily admit that the need for an app like Coverbox isn’t as strong as it once was.

Before the dawn of quick-lists and Sound Menus for controlling music playback, Coverart-controllers provided us with convenience as well as eye-candy.

Today the convenience side has been replaced by newer features in the Ubuntu desktop.

But for those of us who grew up in the pre-iTunes era there is still something special about album artwork, something we appreciate. And apps like Coverbox, however superfluous, give us a way to continue to doing just that.

Now for the bad news: Coverbox has to be manually installed. It’s distributed as source with a .7zip archive.

Link since removed by developer

As 7zip files are not supported by Ubuntu’s archive manager by default you’ll need to install the ‘7Zip’ app from the Ubuntu Software Center before you can extract it.

Once you have downloaded and successfully extracted the .7zip archive linked to above you will need to open a new Terminal window.

First we need to install the necessary dependencies for the app:

Now we can proceed to ‘install’ the application. Just run the following commands:

Coverbox will now be installed.

A few things to be aware of:

OstroLk In some countries in Europe, one can return any goods…
"Every Preference Has a Cost" — Why GNOME Removes Features