It integrates web-based music players with the Ubuntu desktop and in its next release Nuvola music player is set to get even better.

From new extensions and music services, to nifty features that make using it more enjoyable, here are our pick of the top 5 new features currently available to try in the most recent beta release.

First up there’s the new ‘service selector’ screen we showed you a few weeks back. 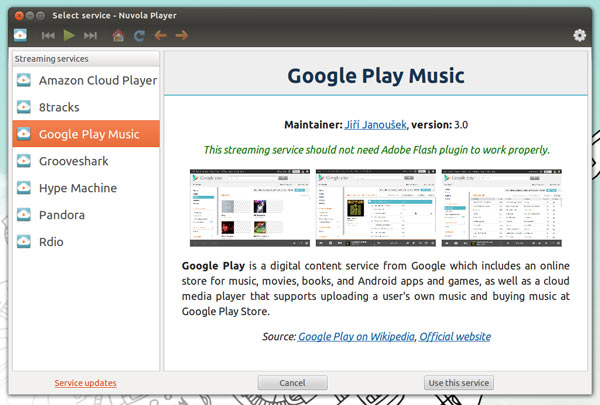 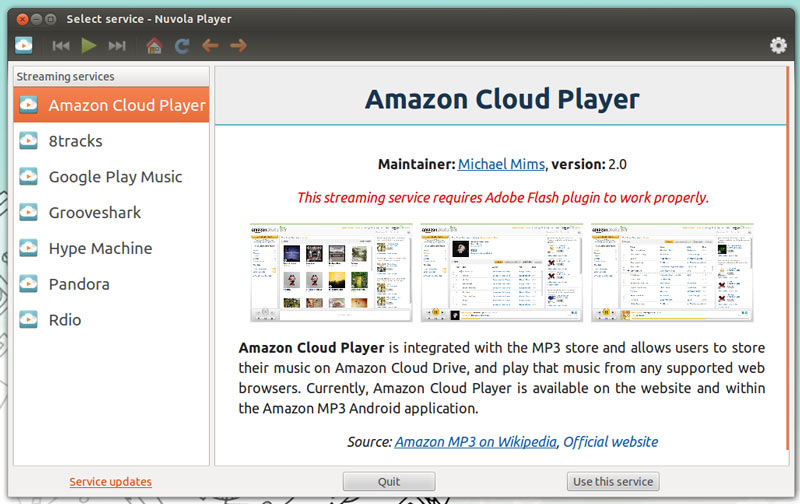 Amazon Cloud Music Player is only available for USA-based readers (unless you’re married to a proxy).

Also making an appearance is an extension framework offering “native” Last.FM support. The introduction of this mean separate userscripts and/or hacks are a thing of the past. 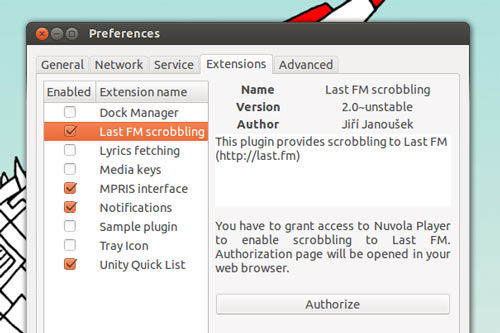 Another new option that I particularly liked is the ‘auto-play on start-up’ feature.

Once enabled from the General tab of the Preferences dialog, it sees Nuvola attempt (it’s not always successful) to start music playback right when the application is opened – no need to press play.

Service Specific features are also being added that offer interface or features tweaks to the player in use.

For example, in Google Music it offers the option to hide the ‘Google navigation bar’, resulting in an cleaner, compact look.

Starting from this beta Nuvola ships with the main toolbar enabled by default. Alongside duplicating control buttons, this also adds commonly accessed features, such as navigation buttons, refresh, and ‘home’.

It also sees menu items stuffed into an ‘elementary style’ cog menu. This may look tidy but it does mean that, out of the box, Nuvola isn’t compataible with Ubuntu’s App Menu, HUD, or accessibility features.

To revert this change you need to enable either ‘Only Menubar’ or ‘Both menubar and toolbar’ from the ‘View’ option in the cog menu.

Following Canonical’s announcement of Unity Web Apps, Nuvola is no longer as unique as it once was. Unity Web Apps offers many of these same features – such as Sound Menu controls, quicklists and Notification integration – that Nuvola does with one notable exception: it doesn’t require a download.

It will be interesting to see how Nuvola attempts to differentiate itself going forward.

Want in? As a beta release this is not recommended for installation by anyone who is easily panicked by bugs or crashes.

You can install via the Nuvola Beta PPA:

Once installed, Nuvola can be launched from the Dash by searching for ‘Nuvola’.
Apps Breaking News cloud nuvola