If you still play RuneScape – one of the worlds most popular free MMORPGs – then you may find yourself referring to the dedicated RuneScape ‘Wikia’ site from time to time.

A new Unity lens, created by Runescaper Ryan McClure, brings that Wikia to the Ubuntu desktop. 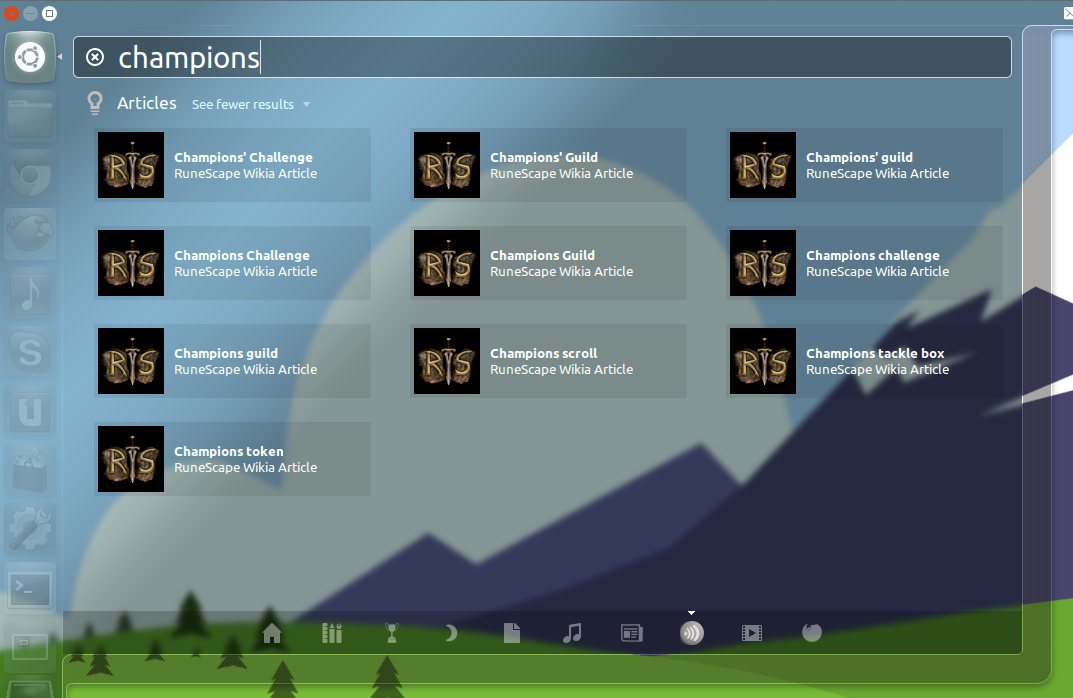 Essentially, it is a search Lens for the site: www.runescape.wikia.com, which is a Wiki site devoted to the Jagex game, RuneScape.

It is a slightly popular java-based game, and this site is used by many of its users. I created this lens to make searching even quicker for a player–instead of having to search for a page after opening a new tab, simply typing in the lens will display the page instantly!

To install the Lens in Ubuntu you will need to first add Ryan’s PPA to your Software Sources, then proceed to update and install the ‘unity-lens-runescapewikia‘ package using the Ubuntu Software Center.

Alternatively, for an easy life, you can complete both steps by running the two commands below in a new Terminal window:

After installing you will need to log out and back into Ubuntu before the lens becomes ‘active’.
Apps How To
#lenses #runescape

Von Goofy What's with this obsession with low RAM usage? Are you…
GNOME Devs Working on Major Improvements to the Applications Grid