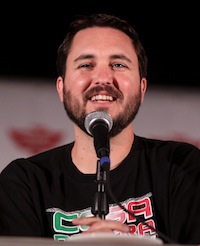 Having boldly gone where no-one had gone before, it was no surprise to learn that actor Wil Wheaton is concerned about the erosion of ‘Net Neutrality‘ – the principle that all web traffic, users and means of access should be treated fairly and without favour.

Illustrating this point in a post on his blog this weekend, the famed Star Trek actor rallied against the perception pushed by the Entertainment industries that ‘torrent traffic = piracy‘.

“One of the things that drives me crazy is the belief in Hollywood that bittorrent exists solely for stealing things. Efforts to explain that this is not necessarily true are often met with hands clamped tightly over ears, accompanied by “I CAN’T HEAR YOU LA LA LA.”

To highlight ‘the usefulness of bit-torrent for entirely legal purposes’Wil shares his story of turning to Bit Torrent to download a copy of Ubuntu 12.04.

“If I’d downloaded the [ubuntu] .iso straight from [the] server, it was going to take the better part of an hour, so I decided to grab the torrent instead. Turns out it was a good choice, because it was finished in about six minutes,” he writes.

Insert your own jokes here about what Warp Speed that works out to be ;)

“My point …is to illustrate that the bittorrent protocol is useful for more than just infringement, so when you hear industry lobbying groups making a lot of noise about piracy, you’ll remember that they aren’t giving you all the facts.”

Sadly, whilst Wil is not a lone voice on the issue, the Entertainment industries and their well-paid puppets in policy are already firmly against the notion of seeing torrenting as a technology for good. Indeed,‘Shaping’ of torrent traffic is already common with many ISPs throughout the world.

[It’s] like closing down freeways because a bank robber could use them to get away,” Wheaton says.

And he’s right. The ‘bolting of the stable doors after the horse has bolted’ is reactionary; it’s treating the symptoms rather than the cause.

Let’s just hope that the entertainment industries arrive at their ‘final frontier’ – that of fair pricing and accessible distribution methods – before any more damage is done to our digital liberties in their wake.