Mark Shuttleworth has delivered the keynote address to attendes of this weeks Ubuntu Developer Summit (UDS-Q) being held at the City Center Marriott in Oakland, California.

We blogged the keynote live, as it happened.

9:00 AM – Jono Bacon, Community Manager is introducing the key features of UDS and engaging the attendees and speaking about how “fantastic” the 12.04 release was.

9:05 AM – Jono introduces Kernel, Desktop, Cloud, Server and Flavors Teams to the audience and discusses how important it is that people use the event to try and meet “everyone”.

9:16 AM – Mark Shuttleworth takes the stage and begins talking about the innovation and attributes of California and welcomes attendees to UDS.

9.17 AM – Mark continually pronounces ‘California’ as ‘Cali-forn-eye-aye’. He also describes the city as boasting ‘potent creativity and technical excellence’ .

9.17 AM – Shuttleworth says “last six months have been the most exciting in Ubuntu”. “We did something amazing.” he adds. His face doesn’t hide his pride as he says this.

9:21 AM – Mark Shuttleworth discusses usability of 12.04 and how Ubuntu TV is becoming a trending topic up there alongside Justin Bieber and goes on discussing how Ubuntu on Android captured the headlines.

9.22 AM– “Ubuntu TV [is coming]… not just yet.” he says, adding “[this] work is on track and continuing.” He also mentions Ubuntu for Android, and comments that it ‘wowed the crowd’ when unveiled at MWC2012.

9:25 AM – Mark Shuttleworth describing how Ubuntu is able to put software together like as puzzle that can be consumed by any user and recognizes that the Ubuntu Community understands how to accomplish that goal.

9:28 AM – Mark Shuttleworth shows a piece of open hardware used in testing that has Ubuntu branding and continues discussing testing and embracing quality and ensuring that daily builds are usable everyday.

9:32 AM – Mark Shuttleworth talks about using “Whoopsie Daisy” to do Quality Assurance Testing. “We will make it easy for upstream, Debian maintainers and Ubuntu developers to get data” adds Shuttleworth.

9:35 AM – Mark Shuttleworth invites Calxeda Co-founder Larry Wikelius to the stage where they unveils a 128 node ARM server.

9.44 AM – Moving on to discuss the HUD, Mark says that ‘substantial brands’ think the idea ‘has legs’.

9. 46 AM – He shows a demo of what the HUD might look like in Ubuntu 12.10, saying that developers will be able to start ‘wrapping dialog boxes and toolbars’ in it. 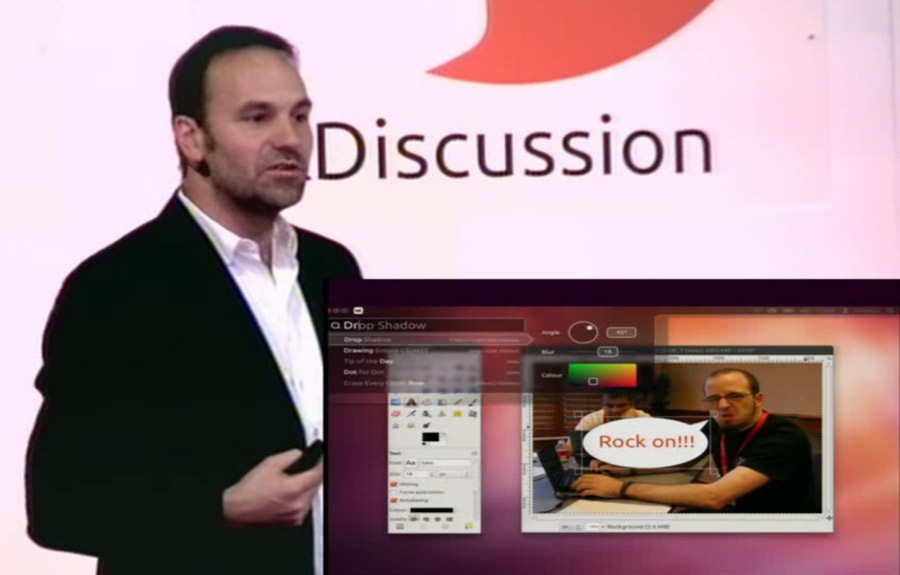 9:49 AM – Mark Shuttleworth says himself and a small group of people sat down with a ‘legend’ in Computer Science (but won’t name who) to have him look at Ubuntu 12.04 for user testing. Shuttleworth describes how Ubuntu is being developed not just to be easy to use for new users but also to be targeted for those “deeply rooted” in technology.

9.51 AM – He mentions integrating elements/concepts of ‘origami and paper’ into the look of Ubuntu 12.10

9:54 AM – Mark Shuttleworth ends the keynote by saying “Lets make a great Quetzal”. 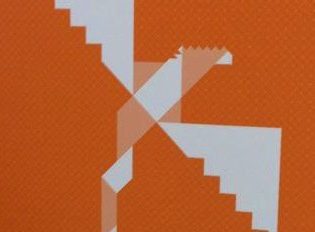