A minor update to the Spotify Preview for Linux client is available to download.

A handful of new features are present in the release, which was originally intended to appear at the same time as the Windows and Mac builds. Sadly, a last-minute build error pushed this back a few days – but kudos for the intention, right?

Playlist streams will be a familiar concept to users of Last.FM or Tomahawk. When listening to an track or album you can hit the ‘playlist radio’ button to begin listening to an auto-generated stream of similar music. The algorithm used seems spot on when i tried it – something that often couldn’t be said of Last.FM’s feature.

Getting code for those embeddable track/album/playlist buttons we blabbered on about a few months back is now super easy. Right-click on a song, playlist or album and choose ‘Copy Embed Code’ to have the relevant HTML text ready to use in your system clipboard, ready to paste around the web. 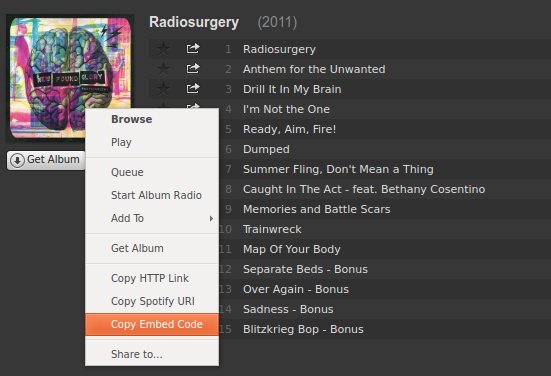 Tumblr users will find support for sharing tracks/albums to their blogs directly from within Spotify itself. Just hit the share button to set it up. 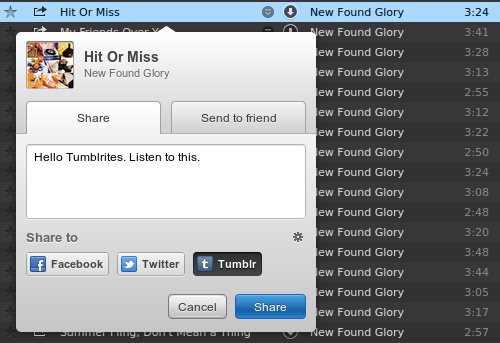 If you’ve not downloaded the Spotify for Linux Preview before do be aware that it is, by its nature, to be considered a development release and not a stable one. Expect things to crash, freeze or otherwise explode.

The app be installed in Ubuntu 10.04+ by following the instructions at the link below.