After six months of development the latest version of Ubuntu has been released.

As a ‘Long Term Support’ release Ubuntu 12.04 LTS will be backed up fixes and updates for the next five years.

The ‘P’ in the Ubuntu 12.04 codename (“Precise Pangolin”) could just as easily stand for ‘Performance’ as it does ‘Precise’.

Speed, once a rod used to beat Unity with, is now arguably its greatest strength; a yardstick by which other desktop environments may start to be measured.

This speed boost feeds into the entire OS feeling brand new. Ubuntu is fast, snappy and responsive. In fact this release is perhaps best representative of the “Unity” vision proposed by Canonical; everything from apps to environment feels cohesive in 12.04. Elements that were, in prior releases, half-finished or cumbersome to use now feel polished and intuitive.

Quicklists, for example, were one ‘feature’ of Unity that hadn’t been exploited by many of Ubuntu’s default apps until now.

The sluggish Banshee music player has been replaced by Rhythmbox – a change that Lucid-updaters won’t notice.This sports the integrated Ubuntu One Music Store for purchasing albums and tracks.

The Ubuntu One Control Panel has been revamped, and includes set-up, installation and other options all in one window. It’s not the prettiest of apps, but it is functional.

Ubuntu 10.04 upgraders will find an alternative photo-management application installed in the form of Shotwell. It, like Ubuntu One Control Panel, is not the most elegant of apps (something users migrating from a certain fruit-named OS will note) but it does the job well. It even supports exporting of images to Flicke and Facebook.

For Tweets and Facebook addicts the default “social client” (also obtusely referred to as ‘Broadcast’ in places) remains the faithful, if not overly appreciated, Gwibber. 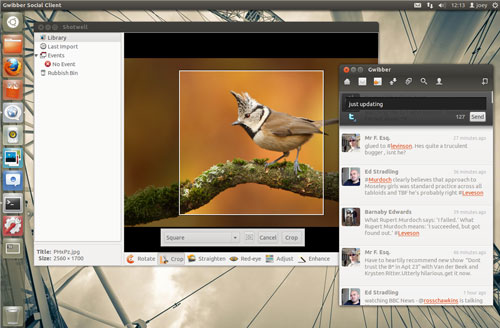 There are new lenses, options and minor features for you to play around with – most notably of which is the new ‘App Menu’ searching tool ‘HUD’.

The HUD is called by a tap of the ‘Alt’ and is able to search entire application menus of the ‘in focus’ app – as well as provide swift access to features in the ‘Status Menus’ (networking, messaging, etc).

The ‘Home’ Lens that previously provided 8 giant shortcuts to applications and folders has been replaced with dynamic ‘activity overview’ – showing your most recently used apps, files, etc.

You can control specifically what shows here by adjusting the new Privacy settings available in System Settings. 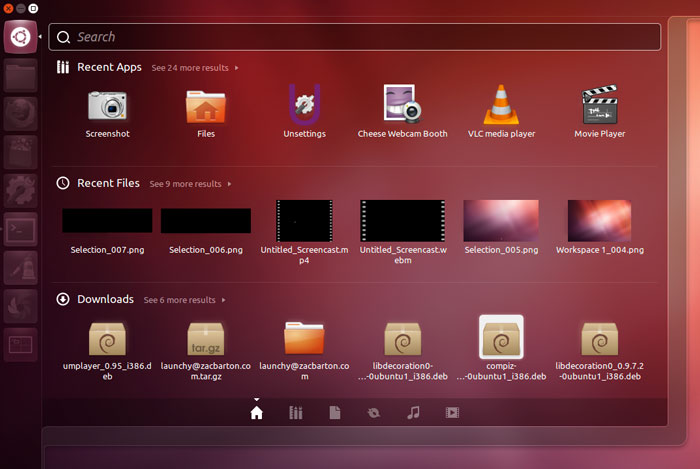 Don’t like the size of the left-hand launcher? You can now quickly and effortlessly resize it via the Appearance pane in System Settings.

You wouldn’t, for example, instantly notice all of the subtle tweaks to margins, paddings and dividers in the Dash – but subconsciously you do: those small paper-cut sized flaws have been patched over and healed.

Elsewhere you can find an overhauled Unity Greeter, which sports a tweaked UI, new animations, and user-account wallpaper matching. 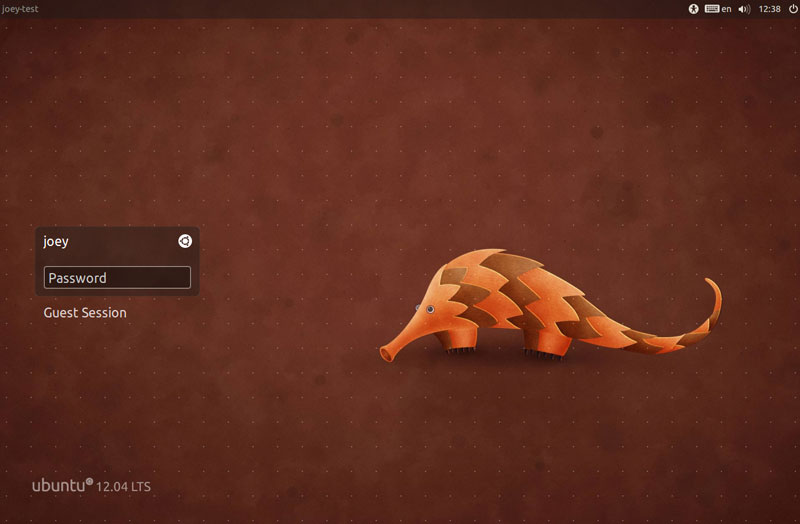 The default theme of Ubuntu – Ambiance – has been updated, and sports a new ‘unfocused’ state to better help you differentiate between active windows and non-active windows. 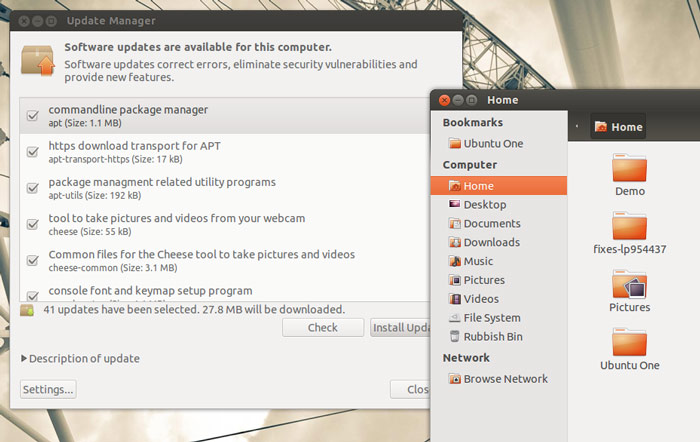 There are also subtle changes to buttons, widgets, scrollbars, tabs, tooltips and more.

Enough with reading about how it is – you probably want to try it out.

Hit the button below to grab the .iso’s whilst they’re nice and hot – and be sure to read our list of 10 Things to Do After Installing Ubuntu 12.04 to get some post-install tips.