So you’ve downloaded it, you’ve installed it, and now you’re about to use it.

But before you dive on in to explore, be sure to take some time out to follow our bi-annual rundown of the best post-install tips and tricks.

Ubuntu 12.04 may be hot-off-the-press but that doesn’t mean a few last-minute bug fixes aren’t waiting for you already.

New updates alert will be listed in the Power Menu (the right-hand cog icon), although you can also manually check by launching the ‘Update Manager’ from the Dash.

If you plan on listening to your music library or watching films in Ubuntu then you’ll need to have the necessary codecs installed.

For legal reasons Ubuntu can’t provide these ‘out of the box’, but the installer does offer to install them during set-up.

If you didn’t check that box during installation it’s no biggy: hit the button below to begin installation of the most common codecs through the Ubuntu Software Centre.

There are 14 new wallpapers included in Ubuntu 12.04 – including an illustrated Pangolin and the usual stunning snaps of flowers, animals and landscapes. Rather neatly, the semi-transparent parts of Unity will change colour to compliment your set wallpaper – try it and see! 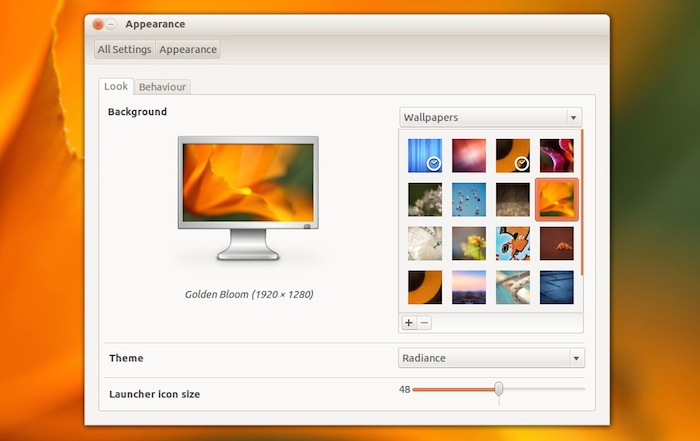 The Unity Launcher (the bar on the left hand screen) can be resized if you’re find it too big or too small.

And the ‘theme’ used by windows can also be changed to a lighter, elegant version.

All of these above (and a bit more) can be achieved through the Appearance entry in the System Settings.

When you first open the Unity Dash you’ll see an overview of your recent activity: apps, files and folders you’ve recently used, etc. 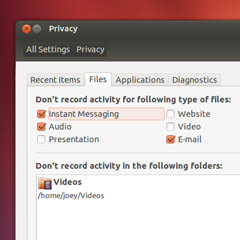 But you may not want all of this to stuff to show.

Well that’s easy enough to change: the new Privacy controls available in the System Settings panel offer you the chance to choose what is logged and what isn’t. [/one-half]

6. Set up Ubuntu One

Every user of Ubuntu is given 5GB of free online cloud storage with Ubuntu One – so be sure to make use of it! 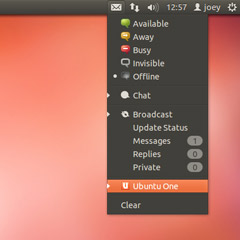 Open the ‘Ubuntu One’ entry from the Messaging Menu (‘envelope’ icon) and follow the prompts to set up an account.

If you already have one then be sure to sign in so all of your music, photos and folders are safely in sync with your fresh-new desktop. [/one-half]

The Ubuntu Software Center is home to thousands of extra applications – from music players and web browser to accounting apps and games.

Some are good, some are bad – but it’s always worth browsing around to see if you can find something you like.

Flash is the reason. 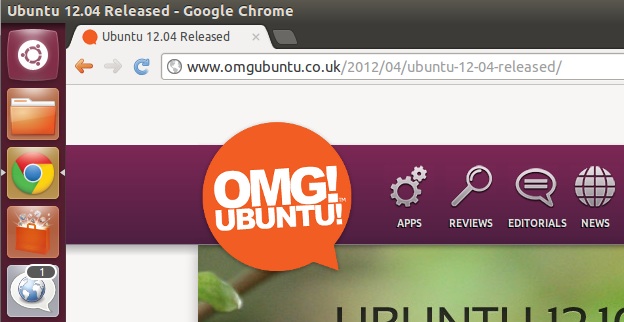 Earlier this year Adobe announced that it was, in effect, abandoning support of the ubiquitous Flash Player plugin on Linux. Google will, instead, be taking over the reigns, integrating Flash for Linux into their Chrome browser.

So if you want the latest stable and bug-free Flash player in Linux, Google Chrome is the only way to get it.

Not that bothered about the latest and greatest, or not interested in switching browser? No worries. The last independent release of Adobe Flash for Linux is available to install through the Ubuntu Software Center.

The default office suite in Ubuntu doesn’t not support integrate with the application menu bar by default.

To enable it (and add some consistency to your desktop) just hit the button below to install the necessary package.

Finally, to end on a corny note, take some time out to just enjoy using it.

Forget about finding and installing new apps for an hour or so and just use Ubuntu like anyone else would: check your Facebook or Google+ profile, chat to your mates on Empathy, type up that letter in LibreOffice and listen to some music in Rhythmbox

You might fear missing a certain application or feature, but most of the changes have happened for a reason: to make Ubuntu easier to use.

OstroLk Check the system 76 blog; cosmic-to-arrive-in-june-release-of-popos-2104
Have You Noticed These Design Tweaks in Ubuntu 21.04?