Ubuntu’s Unity interface has, to many, brought a refined and beautiful look to the often staid-looking linux desktop.

And this is, largely, thanks to the colour co-ordinated Dash, Panel, Launcher and Notification bubbles; the well-tuned transparency balanced throughout; the attentive-accuracy of spacing, icons and hinting; the sleek login experience; etc.

Unity is, its fair to say, a desktop grown from the gaze of a designers eye.

But this beauty doesn’t extend everywhere on the Ubuntu desktop. Much like finding a beautiful field borded by a patch of errant weeds, the elegant Unity elements find themselves juxtaposed against other less modern-looking features.

Ubuntu’s ‘Indicator Applets’ are a prime case in point: far from looking like conveyors of information when opened, they resemble application menus. “But that’s consistent” some cry – and maybe it is – but it’s also jarring.

System 76’s Ian Santopietro has reimagined how they could look, drawing inspiration from the Unity Dash to style them in their own ‘mini-dash’. 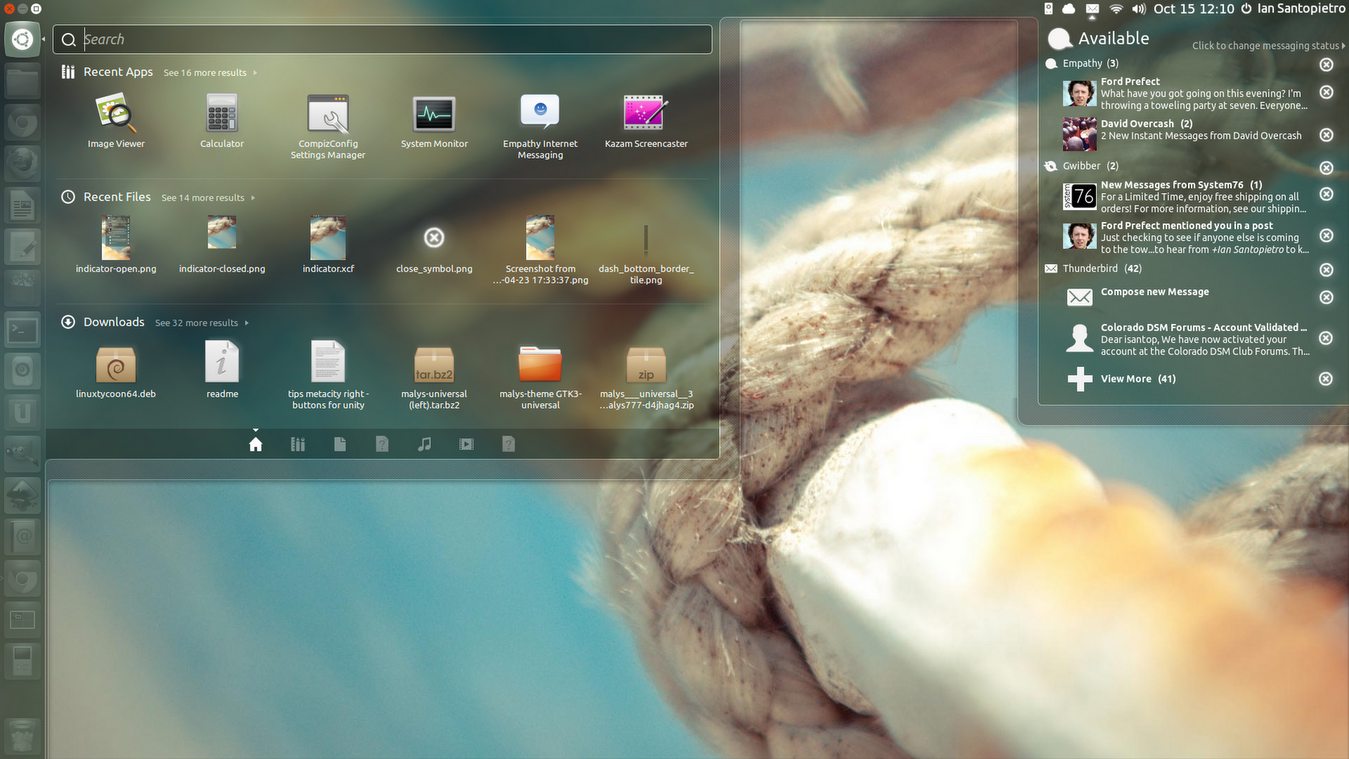 He explains his design:

“My design uses a small, mini-dash for notifications, that’s separate from the main search dash. When you click the BFB, both would open up, providing simultaneous access to both search and notifications.

Clicking the icon of an indicator would switch to its notification lens. (perhaps a click-drag left or right to switch in addition for easy use on touch screens).

If the Dash was closed and the user clicked on the notification area, only that dash would open, so as to be as unobtrusive as possible.

Another benefit to a design like this is that it would allow for an easy to use API in which developers could turn indicators into mini-apps/widgets that provide quick access to common functions, like play/pause in Rhythmbox. That seems to be the direction they’re going anyways, so we should make it easier and more flexible.”