The latest nightly release of Thunderbird 13 has introduced a new instant messaging feature.

The feature, which is capable of connecting to Facebook chat, Google Chat, Twitter and IRC, is aimed at ‘enriching’ the e-mail experience by leveraging instantaneous communication alongside it.

For example, you may get sent a quick question from your pet koala Keith but, seeing that he signed in on Facebook, you choose to answer him via IM rather than typing up a reply and waiting for him to read it. It’s something that Google has offered, albeit limited to their own service, in GMail for some time. 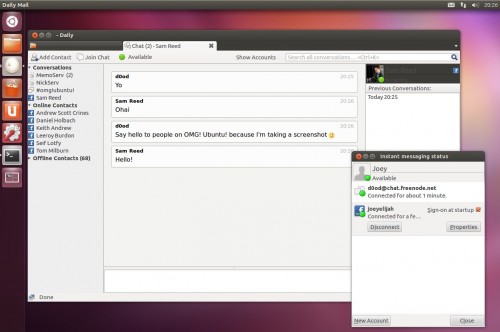 It’s this “use case” for which developers are targeting the feature – not as a standalone IM client for the desktop, but for use by those already using Thunderbird to manage their e-mails.

As development progresses you can expect to see integration between your address book and your IM contacts (i.e. by associating contacts with e-mails addresses), but in the current builds this isn’t quite there yet.

Amongst the more useful features already in place are: –

With the 11th release of Firefox pushed out into the wild this morning, expectations once again turn to later builds.

Amongst the various new features likely to be introduced into Firefox 13 is a ‘New Tab Speed Dial’ (think Chrome, Opera, etc). The latest work on this is ready to try out in the nightly builds of Firefox 13. 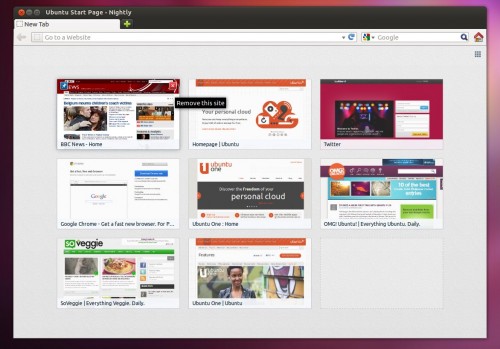 Install Thunderbird 13 and Firefox 13 in Ubuntu

Want to play around? Given the development nature of the two apps (both of which are barely in alpha) you’re best bet is to download and run the nightly builds from source.

However, if you’re a little braver, you can install both Thunderbird 13 and Firefox 13 alongside your existing stable versions by using the following PPA and install commands: –