AIM have no plans to create a messaging client for Ubuntu, a company spokesman has said.

The announcement comes after a call to support Ubuntu became the most popular suggestion on their ‘User Voice‘ feedback service.

“Sorry, we won’t be able to get to this in the short term, but may eventually add it in the future. Thanks for your feedback.”

The decision, whilst not unexpected, is disappointing. Benjamin Kerensa points out that ‘AOL has the resources to develop a client for Ubuntu (Linux) if they so chose and [could] even get help if they open sourced it but instead of fulfilling one of the highest voted feature requests they decided to decline.’

AIM isn’t the first company to fly in the face of user demand. Calls for Adobe to port their Creative Suite to Linux also failed in cajoling support for the platform.

The AIM chat clients for Windows, OS X, iOS and Android were revamped and relaunched in 2011. A web app for transient chatters using the service was also launched.

All is not lost for AIM users. Pidgin and Empathy – arguably the most popular IM clients available on Linux – both support the AIM service. The new AIM web-application also works in Ubuntu. 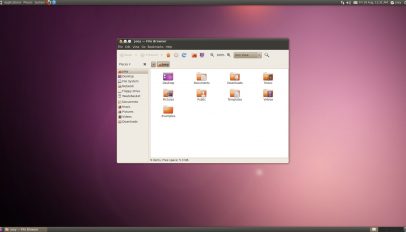