You can read more about what’s new by clicking here.

Google provide 32bit and 64bit .Deb installers for Ubuntu users. Whilst Google Earth 6.2 works well under Ubuntu the same can’t be said for how it looks out-of-the-box: – 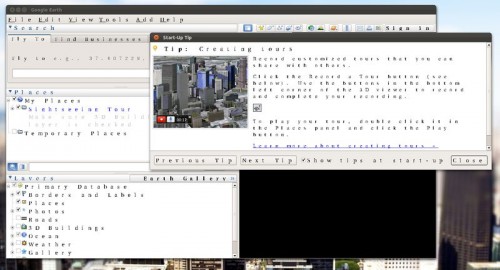 Thankfully fixing the stretched out typography is quite simple. All it requires is the installation of two additional packages: –

Both packages can be installed through the Ubuntu Software Center – hit the buttons below to do this.

Once installed, open up Google Earth 6.2 and you’ll be presented with an interface that is legible, though not perfect. 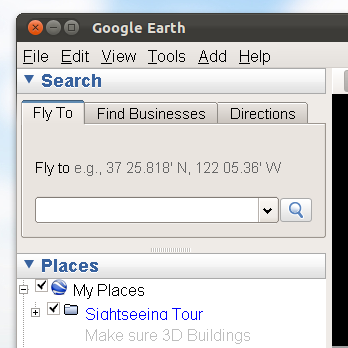 Want to go further? Read our guide on ‘How to Make Google Earth Look Native in Ubuntu‘

How To fixes Google googleearth