Some of the key ‘responsibilities’ listed in the opening make for interesting reading.

‘…[a] talented, creative and self-motivated interaction designer to design a set of core applications for Ubuntu, leading the process from scoping to product launch.’

‘…establish a practice of application design that will become an integral component of the development of Ubuntu.’

‘…creation of a set of Human Interface Guidelines (HIG) for Ubuntu.’

The latter of these tasks is something that I, and a great many others, have long felt would benefit Ubuntu , its ecosystem and, more importantly, its users.

An Ubuntu HIG would give developers a real shot at creating applications that look and behave as consistently as those found on (get ready to draw a sharp breath) OS X.

The often disjointed ‘feel’ afflicting so many 3rd party applications running in Ubuntu could be eased in one go. 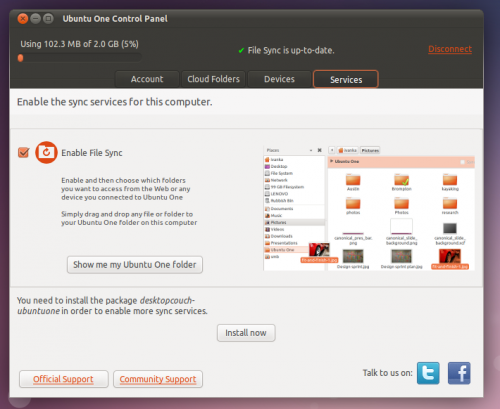 Many developers admit to not being that clued up about design or user interaction. A set of simple guidelines would help them adhere to a professional set of standards that work for users, resulting in a coherent experience.

It’s a strict design guide that makes applications within KDE and elementary look so professional and integrated.

Bringing something similar to Ubuntu would be a massive boon. Although it should be noted that it’s not clear from the job listing quite how far any ‘Ubuntu HIG’ would extend.

If you’re a designer demi-god – and you have the resum , education and first-hand experience to back such a claim up – you can apply for the post via this link.

Clementine Music Player Gets Juicier with Latest Release
Read Next