A new development release of music player ‘Nightingale’ has been made available for download. 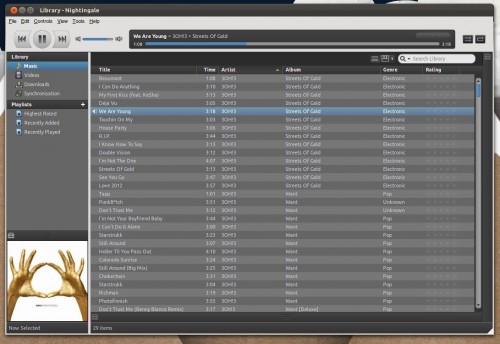 Songbird fork Nightingale was born after the former dropped official support for the Linux platform – a move that, it’s fair to say, didn’t impact on the majority of Linux users.

From the cold ashes of Songbird’s death on Linux came ‘Nightingale’, the early development of which was as turbulent as a propane-powered phoenix.

But bumps aside, the development of Nightingale continued, helping to maintain a third-party solution for fans of Songbird on Linux.

So is Nightingale worth installing in Ubuntu?

Nightingale is not feature comparable with its step-sibling, which has taken an ‘try to be everything’ approach in recent years, but you will find music and video playback features included. Both use GStreamer for media playback – so you won’t need to add or install anything additional. 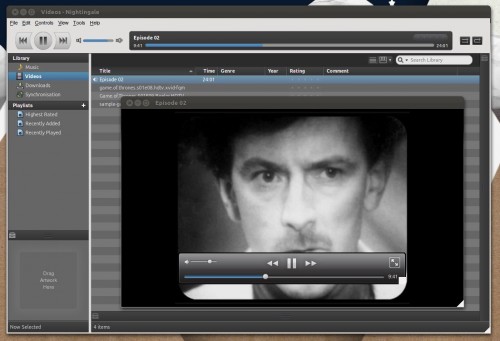 One complaint of Songbird was that it was bloated. Nightingale feel nippier and sits on far less RAM than I remember its predecessor doing. Importing my relatively-large music library still takes far longer than I’d like, however.

There are a handful of add-ons available for the app including gems such as Last.FM scrobbling and a coverflow-style media view.

Interface wise it’s clear that some work has been done to beautify the app, but the application still sticks out like a thumb that’s been repeatedly hit with a mallet. Much of this is not the fault of Nightingale per-se but the ‘toolkits’ they’re stuck with.

Whether you want to install Nightingale depends on your fondness for the applications’ previous incarnation. As commendable as maintaining the app is it still suffers many of the same flaws found in Songbird – the largest of which is offering nothing that native, lighter players don’t.