Imagine walking into a PC store and being greeted by a large Ubuntu-branded display with a host of Ubuntu-powered devices for sale.

Well, if you’re a PC-seeking shopper in China you’ll have over ample opportunity to see just such a display, as Canonical’s new retail partnership with Dell puts Ubuntu-powered machines in over 200 stores across the country.

This partnership sees Ubuntu pre-installed on a range of Dell computers, and backed up by colourful and informative in-store marketing. Staff will be trained in the advantages of Ubuntu so that shoppers are given helpful and accurate information about Ubuntu and what it offers.

If you’re going to try and reach your goal of 200 million Ubuntu users by 2015 then promoting Ubuntu in a country of 1.3 Billion isn’t a bad place to start, is it? 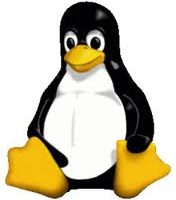 It’s ‘Game Over’ for Linux. Apparently.
Read Next