A new release of circular application launcher GNOME Pie is available to download.

The lack of keyboard ‘control’ was one of the chief complaints OMG! Ubuntu! readers noted when we first featured the slick application a few weeks ago. The release of version 0.2 addresses these complaints, as well as introducing various new features.

First and foremost you can now navigate Pie slices using the keyboard navigation keys – no more reaching for the mouse. GNOME Pie 0.2 also allows you to assign a hot-key to each Pie ‘Slice’. Once your “Pie” is on show you just need to press the corresponding letter or number to open the app/launcher. 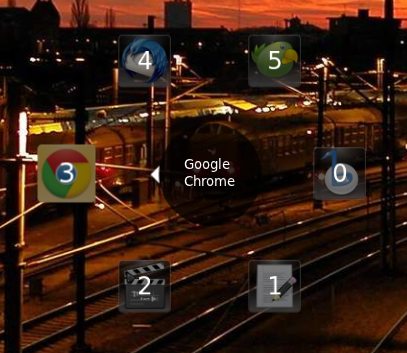 Unity 2D users can run the application without getting an ugly black background thanks to the addition of ‘Fake Transparency’.

Desktop launchers can be created by drag and dropping ‘Pie’ from Preferences > Pie window. Clicking on these will open the related pie instantly, no need for keyboard shortcuts.

Want specific icons for your Slices? GNOME Pie 0.2 lets you choose/set your own icons for any ‘Slice’. 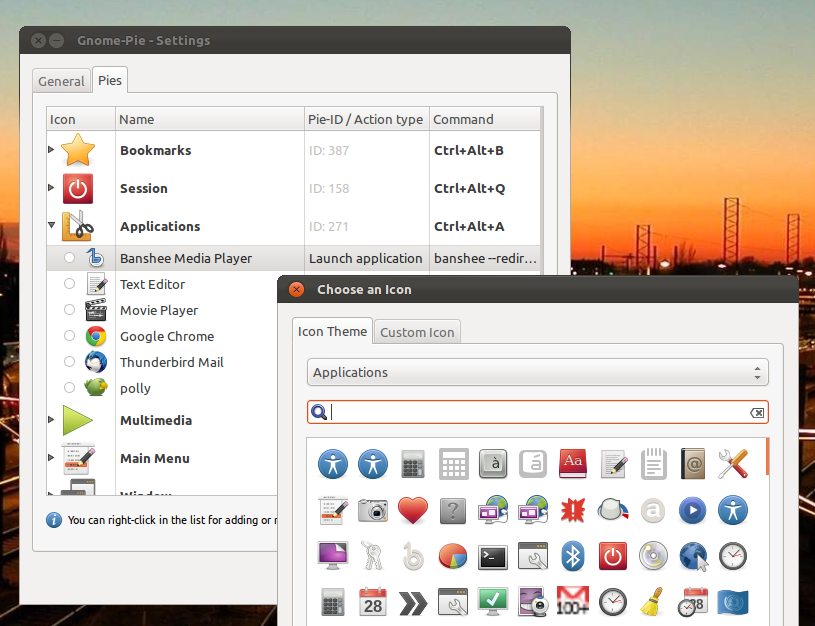 How to Install GNOME Pie in Ubuntu

To install, add ppa:simonschneegans/testing to your Software Sources and update. After doing this you will be able to install ‘Gnome Pie’ from the Ubuntu Software Centre.