The Ubuntu 11.10 release is getting nearer and nearer. It’s time to start organising your local release party! Only five weeks left until release!

So what’s still left to do in these five weeks? Obviously a few bugs still have to be fixed, but the gates are slowly closing: next week the kernel and the documentation text will be frozen and the week afterwards Beta 2 will be released. If you haven’t tried Oneiric yet: test Oneiric and file bugs. This is an excellent way to help out and make sure that 11.10 is in tip-top shape.

So what are all the developers doing if they’re not triaging bugs and fixing them?

Still we have a bunch of packages that are NBS (Not Built from Source). Here’s the current TODO list – it’s looking better already, but still needs a bit of work. For those of you who have a weakness for graphs, here’s the number of packages that failed to build which was brought down considerably in the last weeks.

Another task we could need some help with is: bugs with debdiffs. These are bugs that have patches attached, but were (unfortunately) ignored at some stage or rejected and need some brushing up because we have a more recent version of the package in the Ubuntu archive already. In any case it’s a good idea to check them out, see if the issue is still present and propose an updated fix if possible.

There’s still a number of bugs on the radar for Beta 2, but most of them are assigned already, so we’re well on track. If you’re interested in any other aspect of Ubuntu Oneiric, I’d refer you to the oneiric-changes mailing list and the big picture specification status overview instead.

Ubuntu Global Jam happened last week and I’m delighted to say that 39 events around the globe participated and lots of local Ubuntu people had loads of fun. Here’s a break-down of the countries with jams:

There’s another opportunity for teams around the globe to get together and celebrate Ubuntu goodness! The Ubuntu Oneiric 11.10 release will get out on 13th October. Why don’t have a release party? Here’s how to organise it and here’s how to register it. There’s just 10 listed right now: add your country or city to it now!

Things that still need to get done

Ubuntu App Developer Week is happening this week, so if you’re into developing great new apps for users, be prepared to meet other excited app people and learn what’s new and what’s hot. Here a quick summary of what happened Monday to Wednesday already. Links go to the logs of those sessions.

Wednesday (David’s excellent summary):
These session logs are all worth a read and should tell you who to get in touch with about planning your next app adventure.
So what’s happening today and tomorrow you ask? Here we go:
Today:
Tomorrow:

Awesome, isn’t it? Make sure you join in on the fun. 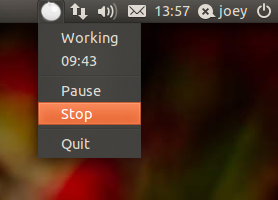 Get Stuff Down With Pomodoro Indicator Timer for Ubuntu
Read Next