When reader Fabio Bier mailed in a photo of this familiar looking emblem atop a drain/man hole cover (spotted in Seville, Spain, fact fans) it got me thinking: does the ‘Ubuntu’ logo ever crop up  in urban landscapes?

I headed over to Flickr and spent several hours scouting for pictures resembling the Ubuntu logo. My arsenal of keywords on returned one: – Whilst the image above was the only non-intentional appearance of Ubuntu I could find, I discovered that ‘Ubuntu’ appears in public via help of human hands: – Have you ever seen Ubuntu in the wild? Let us know in the comments.  (NB: No points for the Ubuntu Cola Can. ;P)

Home Â» Editorial Â» Have You Seen ‘Ubuntu’ In Public? 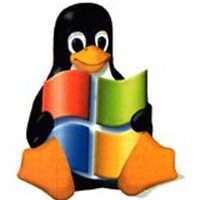 Linux Q&A ; Why I Play for Both Teams
Read Next