The Ubuntu logo can be clearly seen on screen in the latest promotional spot for Samsung’s Galaxy S II Android phone. 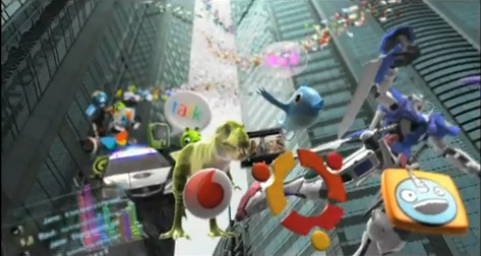 The old-style ‘circle of friends’ is prominently positioned during a precession of application icons at the beginning of the advert.

Perhaps coincidentally, the logo sits next to the icon for Android game ‘Jumping Narwhal’. ‘Natty Narwhal’ was, of course, the development mascot of the Ubuntu 11.04 cycle.

Quite why the logo is shown so prominently (you’ll notice it far in advance of the MSN butterfly) is open to debate: it could be to reference Ubuntu One’s suite of Android applications (plausible); a reference to the fact that hackers have already installed Ubuntu on various Samsung devices (unlikely); or, most likely, plain old happenstance on the part of the creative hands behind it