Nose to the Grind

From now until release it’s fix fix fix on the Unity team, all day every day. 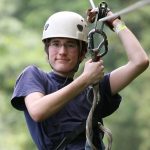 Dylan McCall’s landed his first code contribution to Unity, though he is no stranger to contributing to Ubuntu, most people know him as the person who maintains the installer slideshow. His contribution is a series of fixes so the summation is “he made the maximized behavior between windows and the top menu bar suck less”. Here’s the commit log for the curious. “I am a student from Vancouver and I write too much. I’m amazed how software can create such vivid relationships with people and I’m excited about Ubuntu and the rest of the free software world using that power for good.”

We have 4 new people jockeying to be the next  new contributor to land code:

Bilal Akhtar, Ian Liu, Nico van der Walt, Friik, and Tom Jaeger all have pending branches, but as it would seem, code review can be a cruel mistress and some of the contributions remain in limbo and need to be fixed up. Great job working through the code, keep at it! The veterans this week stepped up to the plate. Andrea Azzarone landed fixes for bug 734018 and Marco Biscaro’s fixed it so your Launcher icons reload after you change the icon theme.

For next week: release tomorrow or Thursday. Bug fixes mainly (with some rewrite) and multimonitor better support. New compiz upload today with an ABI break We need a multitouch FFe: https://bugs.launchpad.net/unity/+bug/737601

Default session for a11y will be taken from beta’s unity state.

Remember you can read all of Jorge’s previous Bitesize Bug Reports™ by following the Bitesize tag.