Continuing the tradition of naming every Ubuntu release, Mark Shuttleworth has revealed the codename for Natty Narwhal’s successor to be ‘Oneiric Ocelot’ 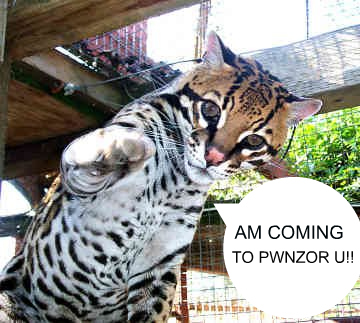 In his blog post titled ‘Next After Natty?’, our benevolent dictator outlines his goals for the next iteration of Ubuntu and explains why it should be named so.

In his blog post, Mark states that Oneiric means “dreamy” and the combination with Ocelot reminds of how innovation happens ‘Part Daydream, Part Discipline’

With Ubuntu 11.10, Unity 2D will also ship on the CD for people whose hardware can’t handle the 3D version along with Qt which Mark states would be ” giving developers even more options for how they can produce interfaces that are both functional and aesthetically delightful.”

While this release wasn’t named ‘Orgasmic Oyster’, next has to be ‘Paranoid Pigeon’ for sure ;-)