One of Ubuntu’s most popular desktop Twitter applications, Hotot, is now available as a Google Chrome extension.

‘Hotot’, a HTML-friendly application even on the desktop, has long been many users’ preferred way to tweet, dent and follow. By transitioning a version of the application into the browser users can enjoy of its usual feature set but sans the OS limitation. 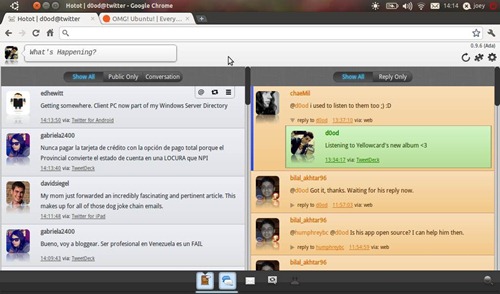 Hotot in Chrome both looks and behaves the same as the most recent desktop versions. This is both a boon (same extensions, layout and preference options) and a bane (same annoying alert SFX, same protracted authorisation procedure).

That said, the ‘adaptive’ layout is a great feature, with the wider your browser window being the more columns show on screen. 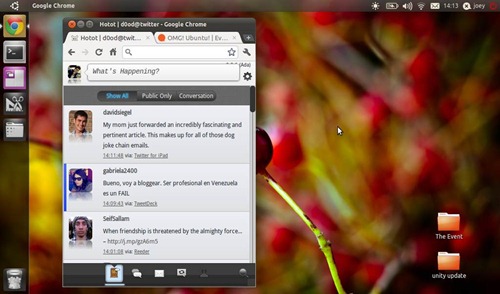 Users of Chrome’s desktop notification system will never miss a tweet, but the sooner Hotot gains Chromify-OSD support the better.

Hotot for Chrome is a free download for Chromium-based browsers. The extension, like the application itself, is considered ‘Alpha’ quality.