The first alpha of Banshee 1.9.4 for Windows has been officially released for testing.

We wrote earlier this week of the imminent launch: –

“The Windows port is attracting a lot of new contributors, bringing our new Windows effort up to 5 people actively working on it. Novell recently held their annual hackweek where their employees are allowed to work on anything they like and Gabriel Burt used his time improving the Banshee on Windows experience. All this hard work is now paying off and all of Banshee is benefiting.

This first release will feature basic functionality and as a last minute addition by Gabriel Burt preliminary hardware support to Windows users. Still to come is auto update support to ensure that Windows users always have an optimal Banshee experience.”

The Alpha quality release certainly lacks the spit and polish of the regular stable version Linux users will be used to. Regardless of its state this release is the first step in providing Windows users and dual-booting Banshee fans with an awesome open-source alternative to iTunes, et al. 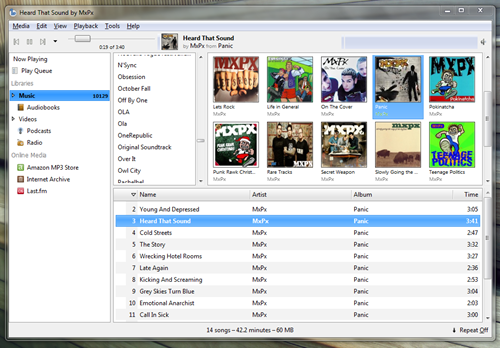 A Windows build of Banshee has a long been in the pipeline. Moovida Core Media player – a commercial Windows application built upon Banshee – has been available on to this release.

A Windows Installer (.msi) of the alpha can be downloaded @ banshee.fm/download

Thanks to Matt S