Another cell phone has fallen under the charms of Ubuntu’s versatility: this time the Samsung’s Nexus S. 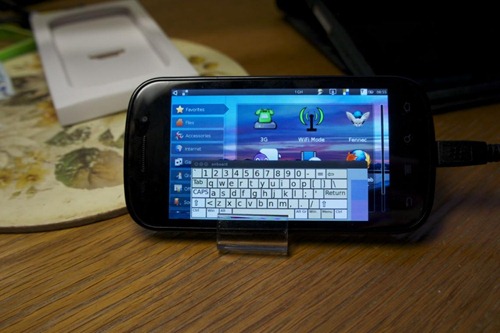 As with other ports of this nature the end result isn’t meant to be a perfect drop-in replacement for a mobile OS; these hacks exist simply because ‘you can’.

The ‘usual’ bout of apps are present and, to lesser degrees, are usable. But it’s not all cotton candy and Wanda the fish for the port: what one might consider the most vital aspect – i.e. the touchscreen – isn’t working!

The developer assures this will be fixed relatively soon, so eager – borderline crazy – owners of Samsung’s most ‘spensive Google phone will have to wait a bit longer before they can feel the wonderful lag of the netbook launcher underneath their finger.

More information on this specific port can be found on the XDA forum.

If I had a Nexus S I’d be far too scared to touch it let alone install Ubuntu on it. What devices would you like to see Ubuntu ‘hacked’ onto next?

pictuga, via Slashgear via XDA Forums