With the words ‘app store’ emblazoned across the Internet today thanks to Apple’s launch of a desktop software store, a familiar band of apps and games have also been in the news – albeit due to their collective selves gaining poll position as ‘apps available on launch’.

But what about Ubuntu? We’ve had an ‘App store’ capable of supporting paid applications for a good few months now: will we see some of the more popular cross-platform games and apps heading our way?

Rovio media, the company behind the hit game ‘Angry birds’, have said that they are ‘looking into’ bringing the game to the Ubuntu Software Centre. 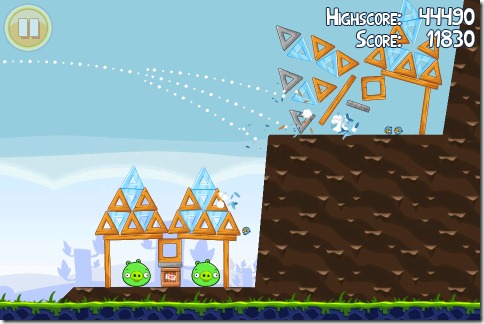 With Ubuntu’s multi-touch framework maturing every week and with more tablets and touchscreen devices capable of running Ubuntu the notion of popular ‘touch friendly’ applications cosy-ing up to Ubuntu doesn’t seem entirely bizarre.

What apps/games would you like to see transition from iOS/Android to Ubuntu?

Home » News » ‘Angry birds’ may be coming to Ubuntu