Yesterday we mentioned that Firefox 4 Beta for Linux now boasts a ‘menu’ button rather than a menu bar. Whilst it’s undoubtedly welcome it doesn’t look as good as it could – nor should.

Below is a mock-up posted on the Mozilla wiki of of how the Firefox 4 in Linux should look.

Here, for reference, is how it currently looks: – 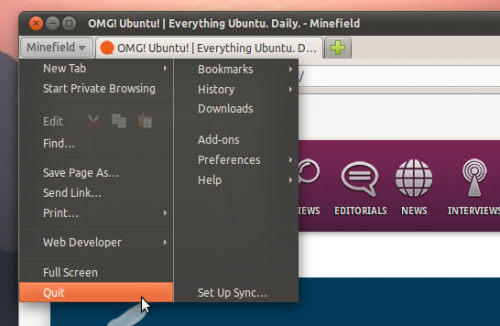 Not quite there yet; if the beta manages to hit its intended visual aim it’s going to add yet another well formed string in its bow against Chrome.