And so it begins! The Compiz-backed version of Unity – to be the default Ubuntu 11.04 desktop – has arrived on Launchpad.

For those with itchy fingers and brave hearts ‘Unity Compiz’ (‘Compinity’ anyone?) will be available for installation via a PPA tomorrow according to Ubuntu Desktop Experience lead njpatel.

He also tweeted a few juicy screenshots of its current state which i have dutifully stolen embedded below. 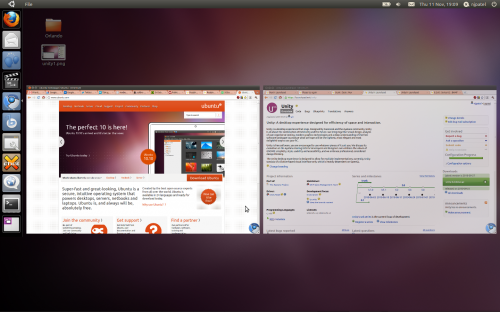 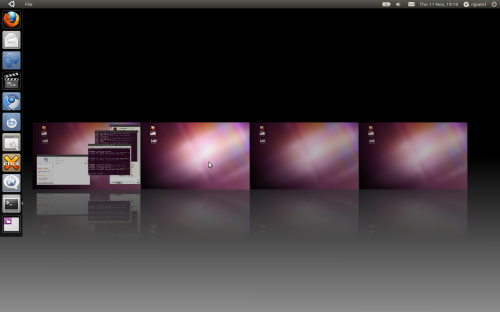 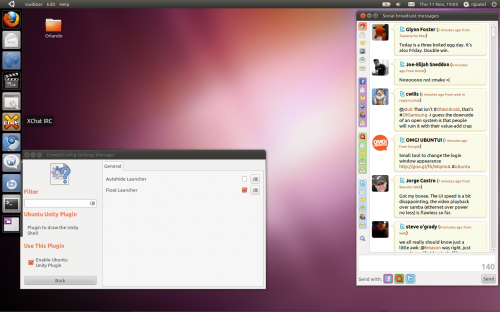 We can see a few ‘improvements’ made to the desktop already: the Launcher is now semi-transparent, in-icon ‘dots’ denote where more than one window of an app is open and the icons themselves look a wee different too.

Don’t feel short-changed if you’re straining to spot any difference in the images with the version on your desktop – there are 6 months of development still ahead!