Benedict ‘the.abyzz’ Mueller dropped off news of the following in the OMG! Ubuntu! inbox, so thanks to him!

The Glades, a new A&E Network drama television series that is apparently ‘a bit like CSi’, was flying the flag for FOSS in its premiere episode.

The detectives, no doubt eager to solve their case, save money & get it all done a little bit faster, are running a GNOME-based operating system on Windows branded HP computers.

Sadly it doesn’t appear to be Ubuntu (appears more like a stock GNOME desktop) but it’s nevertheless great to see any form of Linux in the media. 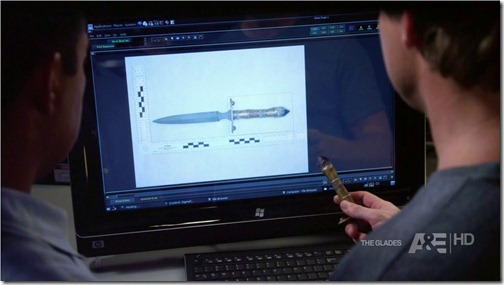