Ever needed to upload a large file to an online web service but found yourself constrained by maximum file size limits?

The easy way to get around this is to ‘split’ your file into smaller chunks for uploading. These are then rejoined by the downloadee.

One such tool that is more than capable of doing this is the ace GNOME Split, whose developer, Guillaume Mazoyer, dropped us a mail to tell us all about it.

What is GNOME Split?

In one sentence: GNOME Split is a file splitter that allows you to split large files and merge them back.

The launchpad page for the project states that the aim is ‘to offer a native implementation of similar projects which can handle multiple file formats.’

To my mind its strongest asset is undoubtedly its user-friendly step-by-step assistant which takes the tears out of tearing your files into pieces and just gets on with on with it. 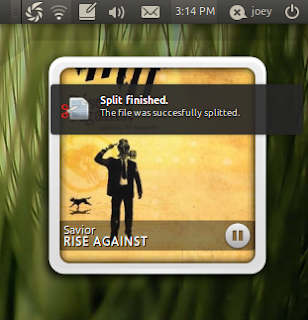 Version 0.9 of GNOME Split was released yesterday and metes out many a new feature, including: –

Find stray photos by sketching them, seeing results in real-time
Read Next