We’ve not really covered badass Zeitgeist powered semantic File Browser ‘Sezen’ much before here on OMG! before and, y’know, I’m at a loss as to why.

A simple way to describe the lightweight but not-a-traditional-file-browser ‘Sezen’ is to provide contextualized search results based on various easily-filterable metadata (such as time modified, file type, etc) for easy access. Think of it as your Friendly Neighbourhood Sezen-man. 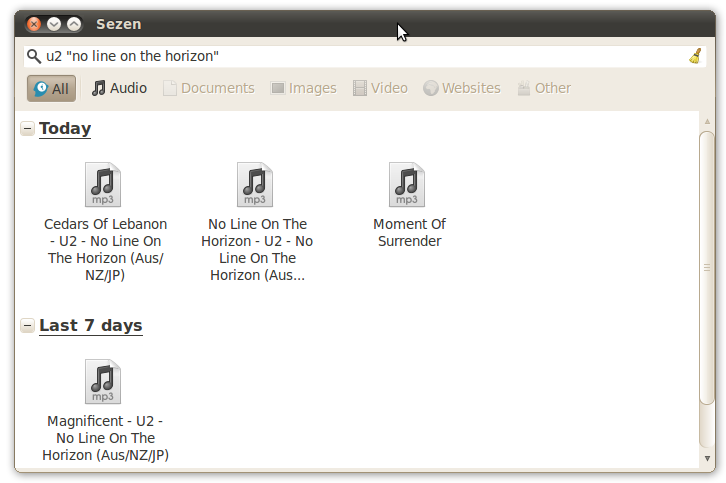 The video below should prove much more demonstrable on Sezen’s capabilities: –

Like what you see? You can install Sezen from the Zeitgeist PPA. Note that this *will* update any version of Zeitgeist and GNOME Activity Journal you also have installed.

Bug reports should be filed @  launchpad.net/sezen

Coming soon: Sezen in your panel

Sezen developer ~mhr3 has been hard at work hacking on Sezen as part of Google Summer of Code and today he showed off something rather sweet: Sezen in your panel. 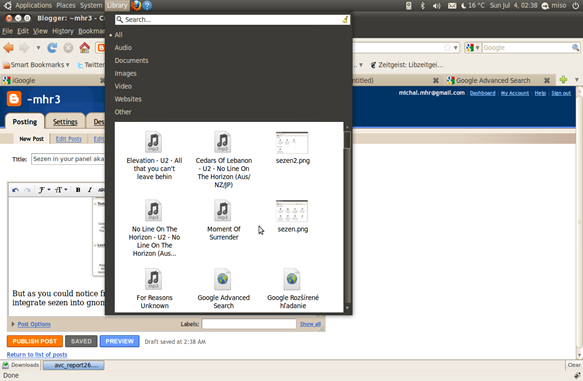 You’ll find a bit more background on the evolution and reasoning behind the way it looka on mhr3’s blog, but if you thought a panel applet for Sezen was cool how then where on a scale of totally awesome -> totally awesome would the following sit if it was actually in your panel?