Backing up your tweets, managing your account and searching tweet based on strict criteria direct from the desktop has been made easy with Histwi by OriginalCoding.

We’ve featured many, many desktop twitter applications here on OMG! over the last 10 months but Histwi is very different from the rest. You can’t read your @ replies with it, you can’t send a DM from it and you sure as hell can’t tweet from it – so what does it do?

Histwi is billed as a ‘Twitter account management’ tool with a bevy of features backing up this claim: – 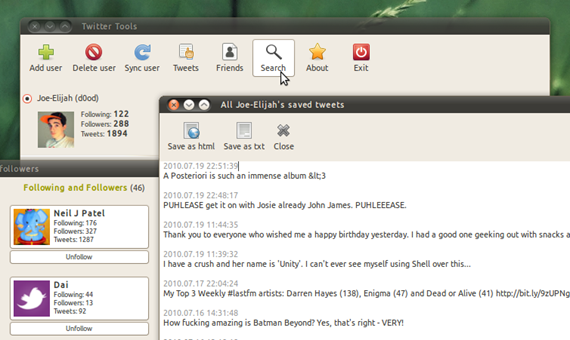 The ability to add multiple twitter accounts is pretty nifty, although if you have a lot of tweets and/or a lot of followers be prepared for a long wait during initial set up as your tweets are parsed and downloaded.

Perhaps the most useful function in Histwi is the ‘search’ tool which allows for an immense level of precision in tweet-seeking. Of particular note are the “With positive” and “with negative” attitude checkboxes which are unerringly intelligent. 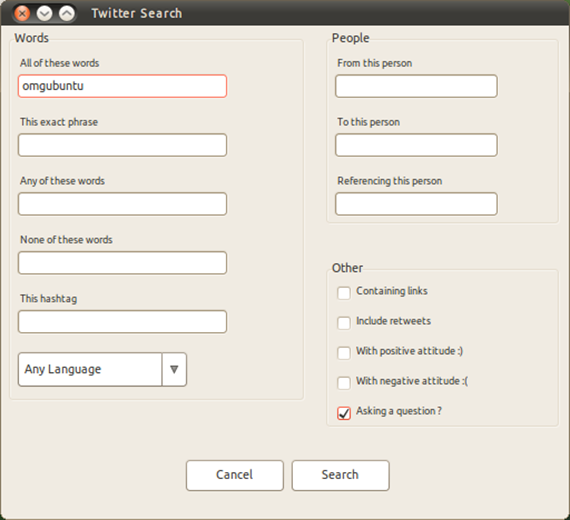 You won’t be shocked to hear that Histwi has it’s own PPA for easy installation and upgrading. To add and install open a terminal and paste the following commands carefully, entering your password where prompted.