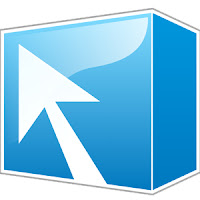 Compiz 0.9 was released for testing earlier today and see the widely used compositing manager benefiting from a major re-service having been completely rewritten in C++.

0.9, an unstable branch of Compiz that will eventually become the stable 0.10 release, brings a new developer API, rendering has been split into plug-ins the build system now uses cmake and some minor functionality improvements are also included.

A few noteworthy new features, plug-in’s and additions squeezed into this release include: –

On the Compiz development mailing list announcement Sam Spilsbury’s notes that this release “is not yet ready for general use as there are a number of known issues, regressions and incomplete functionality.” Anyone wishing to install this version should do so with caution.

Whilst this release is seven months late we say better late than never!

Tramline I mean it is supposed to be a bit hard so you leanr more.
KDE’s Latest Plasma Wallpaper is Here And It’s …Shiny

Tramline Ubuntu is not only Linux. Nice thing of Linux is…
KDE’s Latest Plasma Wallpaper is Here And It’s …Shiny

Gerardo Herrera Díaz Yes, not the best for the users of the extension,…
Arc Menu’s Lead Dev Just Quit