Windicators will form part of Ubuntu 10.10’s new feature set but remained, until now, somewhat of an enigma for no-one really knew what they were supposed to be for – other than indicate!

Below are some proof-of-concept implementations by Canonical’s Matthew Paul Thomas and Ted Gould who are part of the team turning Windicators into reality. These designs should help to better illustrate understanding of the indicators, their potential usage and function.

Also related to Windicators are the use of new ‘Hint Bars’ – Chromium-esque transitory status bars that only appear when they have something useful to provide ‘status’ on.

What’s a windicator?
“Window indicators, or windicators, are menus that appear at the trailing end of a window’s title bar, or in the panel when the window is maximized. Application developers can use windicators for reflecting status, and allowing change of status, for the item or items presented in the window.” 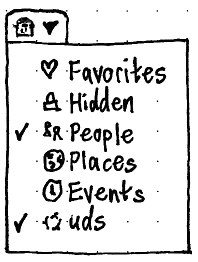 When windicators are not available, this menu should not be shown anywhere else. (Ideally it would be prepended to the ŌĆ£TagsŌĆØ menu, but other items in that same menu assume you are using the ŌĆ£TagsŌĆØ sidebar rather than tagging with a menu.)

Go further
You can read the entire specification on Windicators and their intended role, complete with further examples @ wiki.ubuntu.com/Ayatana/Windicators

Steven Grimes use linux mint but installed gnome on it as Cinnamon is garbage
An Official Yaru Theme for Cinnamon? Oh Yes ŌĆö HereŌĆÖs What It Looks Like