With this in mind we’re casting out eyes over three of the most widely known applications designed for this role – but which one is best? That’s for you to decide!

I often advise Ubuntu newbies or the curious to hide the launcher for Computer Janitor, and with good reason for, unlike other offerings in this mini-review, the Janitor is not an innocuous or innocent little application.

Fellow OMG! writer Benjamin Humphrey called it ‘half-baked’  in his list of 16 things to be improved in Lucid, and whilst that may sound harsh the Janitor can ruin your system if used idly and without prescience.

For example, the interface of the Janitor doesn’t explain to a user what it intends to do. In the screenshot below the Janitor wants to remove Ubuntu Tweak and image viewer ViewNior because they were installed via 3rd party PPAs.

The ‘Do Selected Tasks’ button that users may idly click doesn’t actually refer to anything else on the screen! Whatselected tasks is it offering to do? 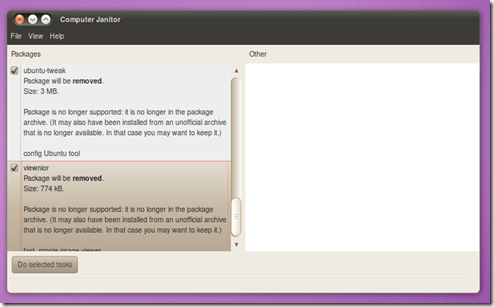 It’s a useful tool for getting Ubuntu back to a pseudo-fresh install state, but many users will assume it’s a built in ‘CCleaner’ and run it without heed.

My advice? Hide it.

Ubuntu Tweak is capable of a lot more than just system cleaning but it is one aspect of the application that remains unsurpassed in terms of ease of use and features. Best of all it doesn’t trash your system! 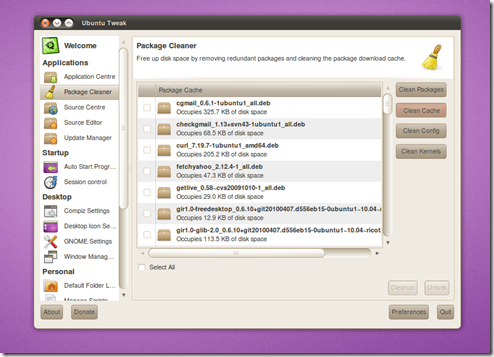 Options are relatively extensive and the application allows you to easily flush out the following: –

An advanced system cleaning tool for Linux (Though it is also available for Windows) BleachBit is most comparable to Windows system cleaning app CCleaner and thus makes a perfect drop-in replacement for new-buntu converts.

What can it do? It’ll let the official blurb speak as it sums it up so well: – 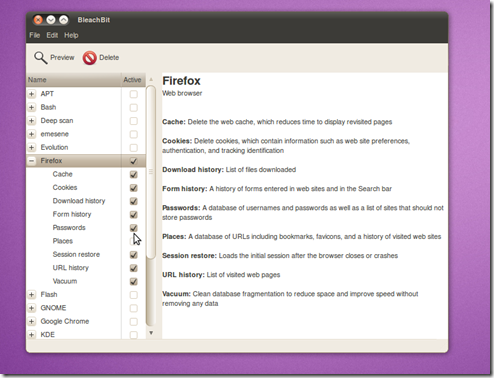 One of the oldest GUI tools here, GTK Orphan, as the name implies, analyses your system for orphaned libraries and then offers them up for removal, freeing up space. 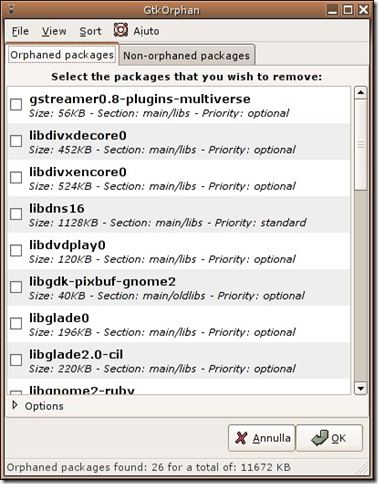 If you’e not that fussed about cleaning cruft with an application you can still free up some space by running the following commands once in a while: –

Now over to you: What’s your favourite system cleaning application? Poll closes in one weeks time.

Home » Poll » What is the Best Ubuntu System Cleaner? You Decide! [Poll]